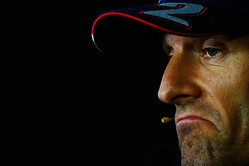 In a shrewd, though somewhat obvious move, ahead of this weekend's race at the Red Bull Ring, where both its teams are expected to struggle, Red Bull has made public an in-house interview with former team driver Mark Webber.

Whilst some might see the interview as the latest in a series of none too subtle moves by Red Bull and its owner, Dietrich Mateschitz, as the teams continue to struggle, Webber’s words ring true and will strike a chord with most fans of the sport.

"And this is rubbing off, the fans can see this," he continued. "Over the last five or six years, they've got many, many, many things wrong to try and make the sport better and it became a sniff too artificial.

"There's a lot of questions to be answered and they need to act fast on getting the fans engaged again.

MotoGP, my God, not many people can do that and that's why people watch," he added, echoing the thoughts of Max Noble. "Messi, Ronaldo, this is what people love to switch a TV on for.

"We've got a big chance here to keep Formula One like that, but it's not like that at the moment, it's a shame, they've dulled it down.

"The reference point that we now have is horrendous in terms of pace," he concluded. "It needs to be on a different level. They need to make heavy changes and get the drivers stimulated again and that'll wash off on the fans."

With the 2014 event a sell-out - in the traditional sense - it will be worth noting how well this year's Austrian Grand Prix is attended, especially in light of Germany slipping from the calendar.