Minardi feels big changes are in the air 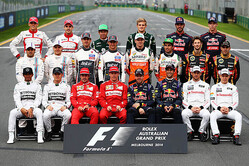 Veteran team owner Gian Carlo Minardi fears for the future of the sport and warns that changes are needed.

As the teams take an enforced break, during which their factories are effectively under the control of the FIA and no employee or worker may enter the factories and even e-mail traffic is prohibited, Minardi looks forward to the short-term future of the sport but fears for the long-term.

"At the resumption of work it will be Autumn," he says, "the supremacy of Mercedes makes me forecast large movements regarding the teams' workforces. Ferrari has already begun, but what they did seems not enough, so other changes are in the air.

"McLaren is also forced to work in such a way to ensure Honda a technical return on the investments they are doing in F1, not to mention Lotus, that is once again making big changes at the corporate and technical levels to switch from Renault to Mercedes engines.

"However, no team will be free from revolutions, that will either regard the technical side or the pilots, or even changes of Team Principal and Managing Director," he continues, adding "this could be one of the reasons that led Bernie to postpone the meeting in London to find new solutions together with Red Bull, Mercedes, Ferrari and McLaren.

"F1 is increasingly split into two groups, with some teams who work to achieve leadership while others are struggling to survive. These two groups will have to match their different interests, with the sole aim to re-launch F1 attracting new fans, particularly among young people, being more effective in promotional and media terms for new sponsors.

"To achieve this, there will probably be the need to rewrite the rules, to make them clear and understandable to all."