Force India calls up Rossiter for FP1 at Silverstone 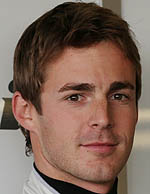 The 29-year-old will drive Sutil's car to gain more experience of the VJM06 to help ensure the team's simulator remains as close to the real car as possible, the team revealed in a statement. The time in the car will allow Rossiter to give greater feedback during race weekends when he normally supports the team from the factory by carrying out simulator running.

However, the scheduled run is dependent on dry track conditions to ensure the team can gain meaningful feedback.

"This is an amazing opportunity," said Rossiter, "and I'm really looking forward to taking part in an official practice session during a Grand Prix weekend. The fact that Silverstone is my home race makes the news even sweeter.

"The main reason for driving the car is to help progress the team's simulator programme, which I've been working on for almost twelve months. I drove the car during winter testing in February, but it's valuable to have another opportunity to experience the real car and make sure it's in harmony with the simulator."