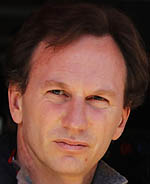 Senior figures within the Formula One paddock have thrown their support behind the decision to suspend qualifying until tomorrow after inclement weather forced a premature halt to proceedings in Melbourne.

Steady rain began falling just prior to qualifying, and while it relented enough to start the session, it quickly intensified forcing an abandonment of the day's proceedings in favour of completing the session on Sunday morning.

"It was the right decision," agreed McLaren Sporting Director Sam Michael. "Even when they started the Q1 session it was right on the limit in terms of aquaplaning on the full wet."

Michael's comments were backed up by Red Bull boss Christian Horner. "You navigate yourself through that first session," he explained. "It's not about setting purple sectors in that first session it's about surviving it.

"It's a shame because of the weather but absolutely the right decision was made to stop the qualifying, or postpone it for tomorrow," he added. "The conditions are just deteriorating too quickly, particularly with the daylight."

While the rain was at times heavy and some standing water was present on the circuit it's understood the main concern were the white lines on the track. The Albert Park circuit is largely made up of public roads, complete with painted lanes and parking bays. With walls in many parts of the circuit close to the circuit it effectively forced race control's hand in delaying and then postponing the session.

Stewards have almost limitless power when deciding how to handle unforeseen circumstances. While some sensationally enquired whether the grid should be taken 'as-is' it is clear postponing the session and completing it tomorrow morning is in the sport's best interests.

Officials now face the unenviable task of rescheduling tomorrow's proceedings in to a compressed timetable. Along with Formula One, the supporting cast is packed with V8 Supercars, Carrera Cup, a celebrity race, hot laps by the Minardi two-seater, a speed comparison demonstration and a number of historic car parades around the circuit.