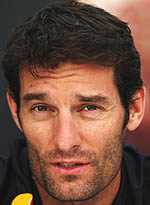 Former Indianapolis 500 winner Danny Sullivan was forced to earn his keep during the opening day of practice in Melbourne. One of the FIA Stewards for the weekend Sullivan and his three counterparts spoke with no less than five drivers over the course of the day for infringements ranging from pit lane speeding to entering the pit lane incorrectly.

Felipe Massa and Valtteri Bottas were both found guilty of speeding down the pit lane during the opening practice session. Bottas was fined €2,800 after being caught almost 14 km/h over the 60 km/h limit, while Massa was given a €1,400 for doing 66.2km/h.

Later in the day Sauber's Esteban Gutierrez also fell foul of the pit lane speed limit and paid €800 for doing 3 km/h more than he should have.

More taxing for the stewards were Mark Webber and Jules Bianchi, both of whom were summoned for failing to follow the Race Director's instructions.

Webber's faux pas came towards the end of the opening practice session when, having stopped at his garage, he drove forwards. Drivers are only allowed to drive out of their pit box if they are taking to the track, otherwise the car must be pushed away. Realising their mistake Red Bull sent the Australian out for a lap.

With no harm done the stewards were happy with Red Bull's explanation and and elected not to punish the local favourite.

Similarly Jules Bianchi escaped punishment when entering the pit lane at the end of the first practice session.

With the chequered flag hung out Marussia had instructed its driver to complete another lap. However, seeing other cars entering the pits he instead opted to follow suit, passing the bollard which marks the pit entrance on the left rather than the right.