BAR memorabilia up for sale 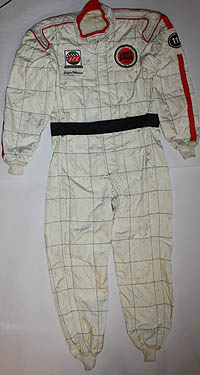 As Mercedes looks set to take a step forward, a range of items used by its Brackley 'ancestor', BAR, come up for sale including a Jacques Villeneuve race suit.

Our official partner Memento Exclusives has just launched a whole range of BAR Honda memorabilia - including race-suits from Mika Salo, Anthony Davidson and 1997 world champion Villeneuve, as well as pit crew suits in brand new condition. All come complete with certificate of authenticity.

This Mika Salo race suit is from the 1999 season when he replaced the injured Riccardo Zonta for three Grands Prix. Later that year he was called up again, this time to replace the injured Michael Schumacher at Ferrari.

Davison's race suit is from 2002 season when he was test driver for the BAR Honda team, while there also race suits for Patrick Lemarie, Jean Christophe Boullion and Darren Manning.

If the driver race suits, and mechanics pit crew suits are out of your league financially, what about a pair of gloves, boots or fleece.

As well as a certificate of authenticity, all race suits can be framed if you would like to display your race suit.

Check out the whole range at the Memento Exclusives website.