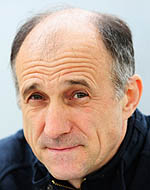 Looking ahead to the new engine formula in 2014, Toro Rosso is seeking a deal with Renault in the hope of emulating the success of its sister team, Red Bull.

There are three confirmed engine suppliers for 2014, Mercedes, Ferrari and Renault, the French manufacturer currently looking to supply four teams. However, speaking at Jerez, Toro Rosso Team Principal, Franz Tost, revealed that the Faenza outfit is considering a move from Ferrari powerplants to Renault, but that nothing has yet been agreed.

"This has not been decided yet," he said. "We are in a conversation with Renault and then we will see. But no contract has been signed so far."

Asked if the move was influenced by the success Red Bull has enjoyed with the French manufacturer, he replied: "For sure will be an advantage because if we are racing with the Renault engine we will have the same gearbox as Red Bull... this is possible within the regulations. And for sure we will use the synergies within what the regulations will allow us to do."

Though testing for the 2013 season has barely begun, Tost stressed that it is important to conclude a deal for 2014 as soon as possible in order that work on the new package can get underway.

"The earlier we have our partners the easier it is to go into detail and sort out all the open questions," he said. "Next year's drivetrain package is very complicated. Not so much from the engine side but from the turbo because of the heat, from the air system and from the gearbox. You need to know as early as possible who are the partners."

Meanwhile, James Key, the team's Technical Director, admitted that as it looks ahead to the new formula, the Faenza outfit was having to rely on a certain amount of guesswork.

"We're not entirely flying blind," he said, "but there is a certain amount of guesswork. Even at this stage I don't think anybody is 100% clear about how their energy storage is going to look and what's becoming clear for us in 2014 is that everything is interlinked in a much bigger way than now.

"The shape and size of certain parts of the car are affecting other parts of the car and today they don't have that kind of a relationship," he added. "There's a lot in the way its packaged and that's where that data comes in to play, but I'm not sure anybody has a final solution yet."