German GP will go ahead 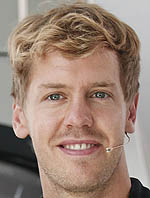 An eleventh hour deal has been agreed between Bernie Ecclestone and Nurburgring administrator Karl-Josef Schmidt which means that the circuit will host Germany's round of the Formula One World Championship on 7 July.

The agreement ends months of wrangling between the Nurburgring's insolvency administrator and Nurburgring GmbH, which is 90 percent owned by the regional state of Rhineland-Palatinate.

"I treasure the Nurburgring and its history," said Ecclestone in a statement, according to Reuters. "In view of its long tradition, I was glad to support choosing the Nurburgring as the venue for the Formula One."

Official confirmation of the deal, which came late on Wednesday, will come at a press conference later today with tickets possibly going on sale as early today.

One person who will be delighted with the news is Sebastian Vettel who has yet to win his home race, his best result thus far being second in 2009, to his teammate Mark Webber.