Exclusive: Documents show BayernLB was not obliged to sell F1 to CVC 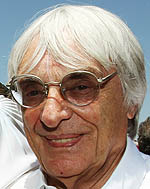 More than two years ago Formula One's former chairman Gerhard Gribkowsky was arrested on suspicion of receiving a £27.5m ($44m) bribe from Bernie Ecclestone in return for agreeing to sell the sport to current owner, the private equity firm CVC. Since then the German media has been feverishly predicting that Ecclestone would be next to be arrested but nothing has come of it. Gribkowsky was charged in Germany and found guilty of paying the alleged bribe but, as Pitpass pointed out recently as every day goes by it looks less likely that this will happen to Ecclestone. That's not all: as more time passes more details come to light about what really happened.

A quick summary is in order before going into the latest developments. Gribkowsky became chairman of F1 through his job as chief risk officer of German bank BayernLB which owned a 46.9% stake in the sport's parent company SLEC Holdings. BayernLB got its shares in F1 from German media company Kirch which went bust in 2002. Kirch borrowed £632.6m ($1bn) from BayernLB to buy the shares and its loan was secured on them. When Kirch went bust it failed to repay the loan and BayernLB seized the shares. The bank's aim was to sell its stake in F1 so that it could recover the money it had lent to Kirch. Gribkowsky was tasked with finding a buyer for the bank's shares and the German prosecutors say he abused this position.

Following the sale to CVC Ecclestone and his family trust paid £27.5m to Gribkowsky who did not declare the money to his employers or the tax authorities in Germany. Prosecutors ruled that it was paid in return for Gribkowsky steering the sale of BayernLB's F1 shares to CVC which was allegedly Ecclestone's preferred choice as it had agreed to retain him as the sport's boss. Ecclestone denies it was a bribe and as Sylt revealed in July 2011, he says that in fact Gribkowsky threatened to tip off the UK's Inland Revenue with false details about his tax affairs if the £27.5m was not paid. The story doesn't stop there.

When BayernLB sold its F1 shares to CVC it paid Ecclestone a commission of £26m ($41.4m) from the proceeds. The German prosecutors believed that there was no valid reason for the payment and claimed that it had been engineered by Ecclestone and Gribkowsky to cover the alleged bribe. If the prosecutors were right this would mean that BayernLB had unnecessarily paid out the £26m and is therefore due it back in damages. However, Ecclestone revealed that the commission was paid because CVC required a £62.8m ($100m) indemnity that F1 would not collapse, that "all the books were straight and there was nothing wrong." He claims that BayernLB refused to provide this so he put his neck on the line and in return received the commission from the sale.

The commission came to 5% of the sale price and since Ecclestone's family trust sold its 25% stake in F1 to CVC at the same time as BayernLB it also gave him the same percentage of its proceeds. If Ecclestone had not provided the indemnity for CVC neither the trust nor BayernLB would have been able to sell their shares to it.

Since BayernLB received £530.8m ($839.1m), it paid Ecclestone a share of £26.2m ($41.4m). Given that this sum was very similar to the amount received by Gribkowsky it is easy to see how it fuelled the theory that the former covered the latter. However, this is far from solid proof.

There is nothing suspicious contained in Ecclestone's consultancy agreement with BayernLB as Pitpass can exclusively reveal. The agreement has never been published by any media outlet until now and it can be found here. (Pdf)

The prosecutors' theory was that Ecclestone's commission covered the alleged bribe which ensured that BayernLB would sell its F1 shares to CVC. This depended on F1 being sold to CVC but Ecclestone's consultancy agreement did not guarantee that as it states "any decision relating to the sale of the Property will be made by the Owner in its absolute discretion. For the avoidance of doubt, the Owner shall have no obligation to sell the Property to the Purchaser or any other party."

True, this could have been written in to give credibility but there is no suggestion in the agreement that it was not included for a genuine reason. Indeed, although it was signed by Gribkowsky, it is the board of the bank which had final say on the sale and the consultancy agreement gave them the option of declining CVC's offer. The BayernLB board gave it the green light and it has also been rubber stamped by the auditors Deloitte. The agreement certainly didn't guarantee that Ecclestone would get his commission through F1 being sold to CVC. Nevertheless, in the end BayernLB did of course decide to sell to CVC and, according to management at the bank, it paid off.

During Gribkowsky's trial Kurt Faltlhauser, who headed BayernLB's administrative board from July 2002 until July 2005, said "the price we were offered by CVC was surprisingly high and it came as a great relief." Former BayernLB management board member Dieter Burgmer added that "BayernLB's management board regarded the net proceeds from the sale of the Formula One stake to CVC as very attractive." Reflecting this, BayernLB announced a valuation yield of £272m (€328m) in its 2006 results and stated that the sale of the F1 shares "decisively contributed to the positive result."

Perhaps the biggest clue in the agreement that Ecclestone's commission wasn't paid to cover any bribe is that although the amount he got from BayernLB closely matches the sum received by Gribkowsky, he was also paid 5% of the proceeds from the sale of the trust's F1 shares. This came to a further £14.1m ($22.3m) so if the purpose of the commission was to cover the alleged bribe why was Ecclestone paid more?