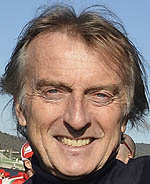 Despite claiming that he's not very good at politics, Fernando Alonso does a pretty good job when it comes to echoing the sentiments of his team's president.

Shortly after telling the assembled media in Madonna di Campiglio that he doesn't believe he's very good at political machinations, Fernando Alonso did a passable imitation of Nipper, the mascot of failed music store chain HMV, His Master's Voice.

"Last year we had the last Grand Prix at the end of November and almost right up to Christmas, there were events I had to take part in," lamented the Spaniard. "There's almost only the end of year holiday when one can have a break and I'll try to fit in a few more days between now and Melbourne to recharge my batteries.

"Twenty races is a lot and it's not easy to maintain a maximum performance level, both physical and mental, for the whole year," he added. "Maybe it would be better to have one or two fewer races and a few more test sessions."

All that was missing was the call for three-car teams and a swipe at Bernie's age and it would have been job done. Well done Luca, your boy's doing just fine.