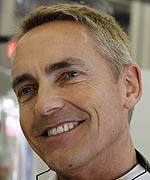 McLaren Electronic Systems Limited has announced that it will provide the electric engine, transmission and electronics for the cars that will participate in the FIA's new Formula E race series.

McLaren will be a key partner of Spark Racing Technology, which is led by Frederic Vasseur and is dedicated to the creation and assembly of the electric cars participating in the FIA World Championship Formula E.

McLaren and Spark Racing Technology will work together to design and assemble high performance, highly efficient electric cars which will soon be racing around cities across the globe.

The FIA Formula E Championship will be launched in 2014. It will solely feature electric powered cars, will run exclusively in major international cities and it has all the assets needed to reach a worldwide audience. As well as being an exciting new urban race series, it will facilitate the development of important new electric car technology which could one day feature in mainstream road cars and be of significant benefit to the environment.

"I'm a passionate believer in the role that motorsport can play in showcasing and spearheading the development of future technologies, and regard the Formula E concept as an exciting innovation for global motorsport," said Martin Whitmarsh, CEO McLaren Group and Team Principal of Vodafone McLaren Mercedes. "McLaren has worked with Frederic Vasseur for many years, and our association has been very successful. Working together in Formula E, McLaren's world-class technology and Spark Racing Technology's expert knowledge will combine to allow both companies to stay at the forefront of technical innovation and hopefully open up great opportunities for the racing cars of tomorrow."

"I am proud and happy to give birth to this project that is innovative and extremely rewarding for a company both technically and philosophically," added Vasseur. "Personally, I can write a new chapter, regardless of my other ventures in motorsport. Confidence and commitment from our partner McLaren is a guarantee of quality and reliability without which this project would not have been possible. The association with a globally recognized car manufacturer is definitely the right way to go. Sport and society are evolving and Spark Racing Technology is proud to be the pioneer and leader in the new field of electric cars that will revolutionize the motor racing industry and attitude."

Whether it be in the construction of the innovative and highly efficient McLaren Technology Centre or the use of lightweight carbon fibre structures in the 12C sports car, McLaren has developed and implemented a range of innovative technologies that improve environmental performance. This commitment to innovation and the environment enabled Vodafone McLaren Mercedes to be the first Formula 1 team to retain the Carbon Trust Standard and to be declared 'carbon neutral'.