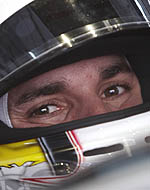 The Marussia F1 Team's Timo Glock and Charles Pic qualified in 21st and 22nd positions for tomorrow's Singapore Grand Prix at the Marina Bay Street Circuit after a more challenging second day of track action for the team.

Encouraged by a positive performance in yesterday's practice sessions, Timo was looking forward to further improvement in the third session earlier today. Mid-way through the 60-minute practice he suffered a problem relating to a throttle sensor issue and was stuck out on track until the car could be returned to the garage when the session concluded. There was never an issue in getting the car turned around for qualifying, but Timo's track time was cut in half, losing him valuable experience of the car with the front wing developments made since yesterday. Charles had a strong Free Practice 3 and was 19th at the end of the session.

Both drivers had strong qualifying sessions and Timo ended his final run within 0.2s of the team's immediate competitor ahead, with Charles directly behind him.

Timo Glock: "A disappointing start to the day in FP3 and then in terms of the knock-on effect this had on qualifying. To not have a proper run this morning cost us quite a bit, which is a shame as I had a good feeling in the car but not the confidence in terms of the tyres. Obviously the tyres are pretty critical here, especially the Supersofts - getting them to warm up and in the right window for the flying lap. It was a bit of a struggle with the brakes also, which were not great. We had a good start yesterday and into the weekend, and we were actually looking quite strong. At least we were only a couple of tenths behind in qualifying and now we need to try and race Caterham hard tomorrow. In general the team did a good job with the challenges we faced and also the heat and humidity, which is a struggle. I hope we can do something better for them tomorrow."

Charles Pic: "Overall not a bad qualifying after a positive FP3 earlier today. I lost some time in sector 3 due to traffic but I am reasonably happy apart from that. Although I feel I have adjusted quite well to a track that is difficult to learn, running here for the first time, there is always room for improvement as I progress through the weekend to find a better lap. I hope there is more to come tomorrow and we can continue with our current strong performances in the races.

"With regard to the penalty imposed by the FIA after FP3, I have seen the information and I would like to say that I completely agree with it. It was a mistake on my part and I will use the experience wisely."

John Booth, Team Principal: "Today has been less straightforward for us and we've had to contend with a couple of challenges, which did not set us up well for qualifying. Overall though we are very pleased with the improvements we have seen with the car generally and, specifically, some small tweaks that we've made aerodynamically today, which have helped us further. With Timo we are left wondering how much better he may have performed in qualifying with the benefit of the extra track time that he lost in FP3. Nonetheless, I am confident that the pace he has shown at all other times throughout the weekend, coupled with his enthusiasm for this track, means that he should be able to have a cracking race tomorrow. Charles has done well to learn what is a difficult circuit for any driver and his focus for tomorrow will be to race as hard as he can to make as much progress as possible, bearing in mind the penalty incurred during FP3, to be added at the end of the race. Naturally he is very disappointed with himself over that mistake."