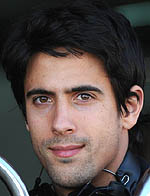 Jaime Alguersuari and Lucas di Grassi, will be Pirelli's two test drivers during the 2012 season, the Italian tyre manufacturer has announced.

For the first time Pirelli will have two permanent F1 test drivers, after di Grassi carried out the role single-handedly last year. The Brazilian will continue to give his feedback following the experience gained in 2011, while Alguersuari will also bring his knowledge of the most current generation of Formula One machinery.

Both drivers will drive Pirelli's latest test car - a 2010 Renault R30 - in four development tests this year at Jerez, Spa, Monza and Barcelona, following an initial GP2 test in Jerez that concluded yesterday. The tests will be aimed at defining the 2013 range of Pirelli tyres, which will have new compounds and structures, as well as trying out compound developments that could be seen later on this season.

Di Grassi and Alguersuari will share driving duties, in a run plan that Pirelli will define over the coming weeks for the four tests that will take place between May and September. 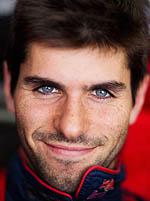 Alguersuari, who competed in 46 grands prix between 2009 and 2011, said: "I'm very happy indeed to have this fantastic opportunity. A week ago it was my birthday, when I turned 22, and now Pirelli has given me the best possible present. I can't wait to get started with this very important and challenging job of developing the new tyres for the future, which I'm looking forward to a lot. I have a huge desire to get behind the wheel of a Formula One car again and return to competition, so this is a brilliant chance for me."

Di Grassi, who started 18 races for Virgin Racing in 2010, was Pirelli's test driver throughout the 2011 season, completing five test sessions with the Italian firm. The 27-year-old commented: "I'm delighted to be back for another year with Pirelli after an extremely successful first season of collaboration. We learned a lot together and so we are both very happy to continue. This is a good opportunity for me to carry on the work that we started last year, which allows me to compare and contrast with all the tyres I have tested so far. These tyres are now a fantastic feature of Formula One."

"Our commitment to providing the best possible spectacle in Formula One is underlined by the fact that we have two extremely fast and talented test drivers this year," said Paul Hembery. "Lucas will provide us with the reference point that we need from the development programme so far, while Jaime brings an extra dimension from his experience of racing at the sharp end of the field throughout the last three seasons. We're going to be using the drivers for all of our single-seater testing activities, including GP2 and simulator development as well. Their input and expertise are sure to help us make even greater progress during the season, resulting in competition tyres that enhance the action further and new technologies that will eventually filter down to our Ultra High Performance road car products. With opportunities for young drivers to drive a Formula One car so limited, this is a great chance for Lucas and Jaime to not only hone their testing and development skills, but also to potentially follow our former test drivers like Romain Grosjean, Pedro de la Rosa and Nick Heidfeld in returning to F1 or another top flight motorsport programme in future."