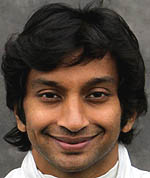 Mission accomplished for HRT Formula 1 Team today as Pedro de la Rosa and Narain Karthikeyan crossed the finish line in the 56-lap race that took place at the Sepang International Circuit. It was an eventful race from the beginning with De la Rosa’s car having to start from the pit lane, but a correct tyre strategy gave its rewards when it started raining heavily and the HRT’s were two of a few cars who were running on extreme wet tyres. The event came to a halt only 9 laps in with Karthikeyan and De la Rosa in 10th and 17th place respectively. The cars were on the grid for almost an hour before the restart and Pedro was penalized with a drive-through penalty but, despite all of this, both drivers put in a fantastic shift at the wheel of the F112 that needs as much running time as possible to be at the level it should be. The team also did a good job with the strategy and the mechanics completed their first pit stops.

Overall it was a satisfying result for the team who now has two weeks ahead to prepare for the Chinese Grand Prix in better conditions.

Pedro de la Rosa: I must say I really enjoyed myself in that race. It really was the best race to make my debut with HRT. I don’t think anyone could imagine we would finish after starting from the pit lane due to an issue with the fuel pressure that we were dragging over from yesterday, I was penalized with a drive-through penalty, we completed our first real pitstop… to sum up, a lot of things happened but, in the end, the car held out really well given where we were at the beginning. We have to improve many things but this was a perfect test. My teammate also finished so that’s doubly satisfying. I’m very happy for the team, we accomplished our objective. Now we have to go a little bit further.

Narain Karthikeyan: It was a very interesting race in really wet conditions. We were running in 10th at one point, which I think is the best position we’ve ever been in but unfortunately the rain stopped and the track dried out and it was impossible to keep ahead of the rest. I made a mistake, locking up the front, and went off on turn 9 but apart from that it all went pretty well. We finished the race, did some mileage and made up two positions from 23rd so that’s something to smile about. Everyone did a great job and we’re all really happy with the result, now we have to go on from here and try to progress in China.

Luis Perez-Sala, Team Principal: Yesterday after qualifying we were satisfied and today, thankfully, we are again. We met another target which was to finish the race with both cars. There are aspects that need improving, without a doubt, such as reliability and the speed of the car, but by completing the race we have accumulated a lot of data which will be of great use to continue progressing. We also need to improve pit stops and team coordination but it was the first time they did it and from the first stop to the second you could already tell the difference. Today I want to highlight the work everyone did and thank them for their effort these past weeks and today’s result is a small reward for that enormous amount of work that is taking place.