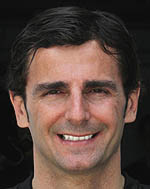 HRT has won its race against the clock to get Pedro de la Rosa's car ready for first practice.

The Spanish team had requested an extension to its scheduled scrutineering time while waiting for parts to arrive.

Pitpass has learned this morning that the team has completed the car, allowing de la Rosa to take to the track for first practice. While it's unclear if the team worked overnight it will be a boost to the team.

De la Rosa has not yet driven the HRT F112, teammate Narain Karthikeyan having shaken it down at a 'filming' day in Barcelona last week.

It means all 24 cars should take to the track for the opening practice session of the season later this morning.