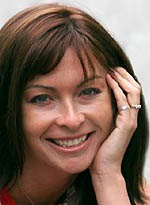 Just over an hour after Sky Sports announced its plans for its coverage of F1 in 2012, the BBC finally revealed its own plans.

The controversial move which sees Sky Sports and the BBC share F1 after the 'state' broadcaster declared that it was no longer in a position to continue sees the BBC retain live coverage of ten races.

For those ten races qualifying and the race itself will be shown on BBC One and BBC One HD. There will also be coverage of the practice sessions on the Red Button service and the BBC Sport website.

There will also be a one-hour evening highlights programme on BBC Three and BBC HD while all races and qualifying sessions that start before 10:00 will have a full repeat on terrestrial TV later in the day.

Those races not shown live by the BBC will be broadcast as extended highlights (90 minutes) on BBC One and BBC One HD, at 17:00 for European time zone races and (120 mins) 14:00 for early morning races.

On radio, there will be live commentary of every race plus coverage of practice and qualifying sessions. Furthermore, every Friday night prior to a race, 5 Live Sport will preview the event.

Despite being unable to afford to continue its full contract with FOM, and ignoring its environmental concerns, the BBC will continue to send its full presentation team to each event even those that are not being broadcast live. Full details of the team will be revealed at a later date.

What fans in the UK will now have to decide is whether to splash out for Sky coverage or accept the fact that the Grands Prix of Australia, Malaysia, Bahrain (if it happens), Canada, Germany, Hungary, Italy, Japan, India and Austin (again, if it happens - and that's a mighty big if) will be reduced to extended highlights.