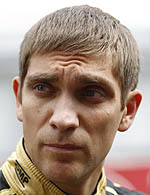 Lotus Renault GP put their trio of driving talents to the test on the opening day of practice at the 2011 Abu Dhabi Grand Prix, as Romain Grosjean lined up alongside Vitaly Petrov for the first free practice session; Bruno Senna returned to the cockpit of the R31 for the second session.

Alan Permane, Trackside Operations Director: Vitaly's first practice session was shortened due to a problem with his new specification steering area, which is an item we are looking at for next year. Romain impressed in his first practice session for the team; he got to grips with the car straight away and was quickly on the pace, posting a best time of 1min 42.685secs which left him in P12. Romain ran on both the soft and medium tyre, providing him with some valuable track time for the first time this season. At the end of FP1, the failure of an external electrical component led to an ignition problem on Vitaly's car. This was a minor problem and did not have any consequences, as Vitaly used the same engine again in FP2.

Both drivers did some tyre evaluation, low fuel and high fuel work. The soft Pirelli test tyre appears to have improved grip on the conventional soft. The drop of temperature at dusk resulted in quicker times in P2 than in P1.

Romain Grosjean: "I'm like a kid at Christmas at the moment. First of all, it was fantastic to get back into a F1 car and the feeling is just amazing. I tried to improve myself lap after lap. We tried some different things with the car and not to disturb the programme of the team, which is the main thing, and I think we picked up some ideas for the afternoon. The balance of the car was as we were expecting. We know that we're not fantastic on slow corners so we tried a few different things. The medium tyres were quite difficult to drive with, the prototype softs were better in terms of degradation, but it is always difficult to know what to expect when you go from one tyre to another. Hopefully my feedback can help a little bit for the rest of the weekend."

Bruno Senna: "Even though I only had one session today, I still managed to get a lot of laps in. I feel our fears may be confirmed that we don't have great pace at the moment; we need to work hard to get better for tomorrow and to see where we can improve. It's going to be a very difficult qualifying for us but we need to make the most of it and be there if the opportunity comes to us. I also used the Pirelli test tyre today, which seems to be a bit more resistant than the current soft tyre so it was interesting to compare them. "

Vitaly Petrov: "It was a difficult day for us today; it was difficult in terms of rear traction especially, and we are well off the pace. Overnight, we must look at how we can improve and get up to scratch. Something that was particularly evident was the drop in temperature between first and second practice. As a driver, every time you emerge from the garage for another run it is very interesting because the sun goes down and then by the final run it is dark. We really want to get better for tomorrow, take it up a gear and try to compete at a more consistent level than we did today."