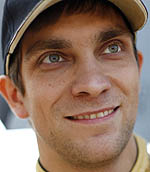 Vitaly and Bruno were back toward the front of the field in the first day of running at the Japanese Grand Prix in Suzuka, validating predictions that the R31 should be capable of top ten performance this weekend.

Alan Permane, Trackside Operations Director: Vitaly's first runs in FP1 were delayed as we changed the steering rack on his car after some small weeping was seen on his original rack. Bruno flat-spotted a set of medium tyres after a half spin in FP2, which meant we were unable to conduct a long run on that set. Bruno ran in both sessions with the tighter bodywork packaging which we used briefly in Singapore, albeit with modifications to aid cooling.

We are much happier than in Singapore; the R31 looks stronger here. Both drivers reported a lot of oversteer in FP1 but changes made through the session and in the break meant both were a lot happier in FP2. The new bodywork appears to allow adequate cooling and beneficial downforce gains however we are still analysing data to see if we will continue to use it. Bruno struggled a little with traffic and yellow flags, but looking at his first sector split he is very close to Vitaly's pace. We've still got work to do - the cars are far from perfect but our belief of qualifying both through to Q3 is very realistic.

Bruno Senna: "It was great to drive in Suzuka again because it's such a fantastic circuit. We spent the day working on the new tighter bodywork for my car, making a number of changes to try and find a suitable balance on the car. The main problem we have been struggling with is oversteer, in particular some snap oversteer at turn 1 which resulted in a quick spin, but I managed to return to the circuit with help from the excellent marshalls here and no harm done and continued with the programme. There's still a lot of work to do tomorrow, and that work starts now."

Vitaly Petrov: "Both sessions were quite good for us without any significant mechanical problems meaning we could run through our programme as we wanted and everything went in a positive direction. We have some changes to make to improve the car but we have shown a good baseline so far here. We had to change the power steering rack in the morning but this did not affect the programme as I still achieved the laps I set out to. If we continue in the same vein tomorrow we should be well placed for Sunday."