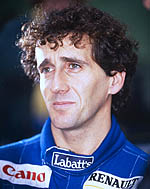 Bernie Ecclestone has said that F1 is on the verge of returning to South Africa, with Cape Town possibly hosting a race within the next two years.

South Africa has hosted twenty-three Grand Prix over the years, three at the East London circuit in Cape Province and twenty at Kyalami, 15 miles north of Johannesburg.

While the most recent Grand Prix was held in 1993, and won by Alain Prost, a number of teams subsequently returned a few years later for a private test which attracted many thousands of fans.

In recent years there has been much talk of F1 returning to the country, and while there have been a number of false starts, many were giving up on the idea.

However, speaking to Eyewitness News, Ecclestone has revealed that a deal is on the verge of being signed.

"I'm hoping we can make a decision as soon as our lawyers have a good look at them... within the next couple of weeks," he said.

While he was giving little away in terms of the location of the track or who is behind the plan, the Englishman admitted that he has a "good feeling" about the latest proposal.

"In one case, we had more or less a contract in place and then something went wrong," he revealed, "I think we may be a little bit closer than what we had been for a long time. As soon as we get a contract in place, which we are working on now, then it will go from there quickly... I hope within two years."