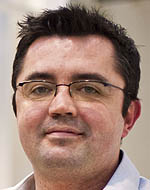 As talk of a buy-out of the commercial rights of F1 continue, Renault team boss Eric Boullier has called for unity in the paddock.

No longer owner by a manufacturer, Renault has not been invited to a meeting of the so-called big four in Stuttgart next week when Ferrari, McLaren, Mercedes and Red Bull will gather to discuss a number of issues critical to the future of the sport.

Asked how he feels that his team has not been invited, the Frenchman was keen to play down speculation that there was anything sinister afoot.

"I think everybody is a bit nervous now because of some news like this," he told reporters. "But actually if it has been released," he continued, referring to news of the meeting leaking out, "that means this is not secret anymore and maybe not going down that path. There is a lot of talk around the new Concorde Agreement, and obviously this news that has been released that some people could be interested in buying some share in F1. That makes a lot of stories I guess."

Among the issues up for discussion in Stuttgart, and very much under discussion in the Istanbul paddock, are the proposed buy-out of F1, the need to for a new Concorde Agreement and the need for all parties to agree on the proposed new formula for 2013. As ever, F1 supremo Bernie Ecclestone appears to be at the heart of the debate.

"We all know there is some difference of interests of FOM and the FIA," said Boullier. "It is the usual game. We have to sit down this weekend, we have a lot of meetings together and we have a FOTA meeting as well so we will see. It's always tricky for everybody to sit around one table and discuss about common points of interest when you speak about sharing some revenues and stuff like this.

"So we expect it not to be an easy job," he admitted, "but we will see how it goes. I don't think we are at the point to speak about there being a breakaway series and stuff like that, I think we need to first focus on being FOTA, all teams together."

However, the Frenchman admitted that there was room for improvement as far as the sport is concerned, a need to widen the fanbase, not just now but for the future.

"We have to compete against sports like football and the Olympic Games and others which have developed drastically in terms of business," he said. "I think this little war inside the paddock is maybe fun for some journalists and some people, but to be honest for me it's not."