The truth about EXOR, News Corp and the Concorde Agreement 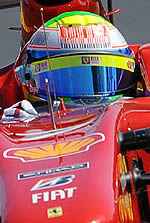 More details are coming to light about what may be the motivation behind Sky News exclusively revealing that its part-owner, the News Corporation media empire, and the world's richest man Carlos Slim might (or might not) make a bid to take over Formula One.

As Pitpass has already reported, there is next to no chance of this happening and, neither F1's majority owner, the finance firm CVC, nor the sport's boss Bernie Ecclestone, has been approached by Slim or News Corp. Perhaps unsurprisingly, the original report was heavily caveated with its author, Sky News' business editor Mark Kleinman saying that "it may be many months before the media group and any prospective partners are ready to table anything formal, if indeed they do at all." It was clear that if News Corp really was planning to make a bid for F1 it wouldn't have let one of its subsidiaries leak it to the world before it even spoke to Ecclestone about it. So who would want news about a possible takeover in the public domain and why? Things have become much clearer.

Yesterday EXOR, one of Europe's largest listed investment companies, released a statement saying that it and News Corp "confirm that they are in the early stages of exploring the possibility of creating a consortium with a view to formulating a long-term plan for the development of Formula One in the interests of the participants and the fans. Over the coming weeks and months, EXOR and News Corporation will approach potential minority partners and key stakeholders in the sport. There can be no certainty that this will lead to an approach to Formula One's current owners."

Some of this statement sounded mighty familiar. No wonder that Kleinman's reports were so heavily caveated when the company which claims it is considering bidding for F1 itself states that "there can be no certainty that this will lead to an approach to Formula One's current owners." It makes you wonder if we are ever going to see a statement about this with some actual hard news in it such as saying that a bid has been made regardless of whether it will be accepted. At the moment all we have is a statement which cannot even confirm that there will be a bid. But this isn't what sounds most familiar.

The line in the statement which really got the attention of Pitpass' business editor Chris Sylt is the one saying that EXOR and News Corp want to formulate "a long-term plan for the development of Formula One in the interests of the participants and the fans." It reminded Sylt of the infamous 18 June 2009 Formula One Teams Association (FOTA) press release which trumpeted that "these teams therefore have no alternative other than to commence the preparation for a new Championship which reflects the values of its participants and partners. This series will have transparent governance, one set of regulations, encourage more entrants and listen to the wishes of the fans, including offering lower prices for spectators worldwide, partners and other important stakeholders."

The FOTA rival series threat was, of course, driven by Ferrari's chairman Luca di Montezemolo who was unhappy at the budget cap being imposed on the teams by FIA president Max Mosley. Di Montezemolo got his way when the cap was scrapped which led Ferrari to sign the Concorde Agreement committing it to F1 and putting an end to the threat of a rival series. However, di Montezemolo didn't stay quiet for long.

At the end of last year he said there will be a rival series if the teams do not receive more than their current 50% share of F1's profits. Recently he added that Ferrari will stay in F1 "so long as the sport gives us back something for the development of technology of our production cars. Otherwise not." So what reignited his sudden interest in a rival series? The reason is very simple - the Concorde Agreement expires at the end of next year so negotiations are now under-way about signing a new version. However, di Montezemolo is effectively gagged from saying much more than he has already about the threat of a rival series.

As Pitpass has previously reported, clause 4.5 (a) of the Concorde Agreement states that "each of the Teams agrees in favour of Formula One Administration and Formula One World Championship that it shall not, and agrees to procure that no member of its Group nor any person authorised by it shall, either directly or indirectly until 1 January 2012, promote or make any preparations whatsoever to promote, or solicit any broadcasters or circuits for, an equivalent championship or series to the FIA F1 Championship, being a high end (in terms of engine performance and car dimensions) open wheel single seater series, which is not a single make series."

Likewise, clause 4.5 (b) states that "until after completion of the last Event in the 2012 Season" the teams, or anyone authorised by them, are prevented from directly or indirectly making "any public statement or statements in any medium, whether orally or in writing, or in any jurisdiction, which relates to or is connected with any of the matters listed in paragraph (a)."

The Concorde Agreement is very clear about who these clauses apply to: the teams and anyone authorised by them. It wouldn't apply to companies related to their owners and this just happens to describe EXOR. The Agnelli family, which founded Fiat, owns 59% of EXOR and in turn EXOR owns 36% of Fiat which owns 90% of Ferrari. So, Ferrari's ultimate owner is now claiming that it may buy F1 and that it is allegedly seeking wealthy investors to do it.