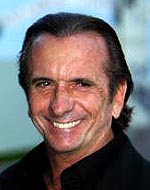 Double F1 world champion and IndyCar champion, Emerson Fittipaldi is to serve with the race stewards at this weekend's Canadian Grand Prix.

One of the most popular moves since Jean Todt was elected FIA president has been the appointment of a former F1 driver as a race steward, thereby giving a 'drivers' eye' approach to incidents and their subsequent investigation.

Fittipaldi, who was the first Brazilian driver to win the Formula One World Championship, the Indianapolis 500, and the IndyCar Championship, follows in the footsteps of Damon Hill, Nigel Mansell, Alex Wurz and Johnny Herbert who have all acted as stewards this season.

However, after contesting the 1983 Miami IMSA Grand Prix he decided to return to racing, signing up to IndyCar. In addition to winning the legendary Indy 500 twice - with Patrick Racing in 1989 and Penske in 1990 - he also won the IndyCar title in 1989.

However, injuries sustained while racing at the Michigan International Speedway in 1996 forced him into retirement.

Since then, in addition to assisting with the running of Brazil's entry in the ill-fated A1 GP Series, he also returned as a driver in the equally ill-fated Grand Prix Masters series.