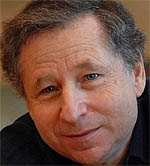 FIA president Jean Todt has confirmed that team may miss three races and avoid punishment according to a clause in the new Concorde Agreement.

Following weeks of speculation regarding the rule, at the weekend it was reported that in a recent conversation with Pitpass' business editor Chris Sylt, F1 supremo Bernie Ecclestone revealed that a clause in the new Concorde Agreement allows teams to miss up to three races without sanction.

While it is thought that this applies purely to the new teams entering the sport this season it does, essentially, apply to all the teams.

Speaking at a media briefing this morning, Todt confirmed that the clause is part of the Concorde Agreement, thereby casting further doubt as to whether US F1 and Campos Meta will make it to the grid in time for the season opener in Bahrain in just over four weeks, if at all.

"In the last draft of the Concorde agreement it's written that a team can skip three races," said Todt. However, the Frenchman was keen to play down speculation that should either Campos Meta or US F1 fail to make it to the grid this season their slot would be handed to Serbian hopeful Stefan GP.

"If one of them doesn't make it, it doesn't mean another team comes in," said Todt. "It's up to the FIA to decide if they have the credentials."

Although Stefan GP is heading to the Algarve to begin testing at Portimao, having said that it is confident of being on the grid this season, the fact that it went to the European Commission to make a complaint about the (new team) selection process will not stand the Serbian outfit in the best light in terms of the sport's governing body.

A1 GP boss Tony Teixeira continues to be linked to the Campos team, however, according to Pitpass' sources A1 Holdings Ltd - a British Virgin Island company - is expected to be placed in receivership tomorrow (Wednesday).

Asked by Pitpass about Teixeira's F1 dream, a number of sources extremely close to A1 GP have dismissed it, with one claiming that the Portuguese-South African doesn't have "enough pieces of paper with pictures of dead Presidents on".