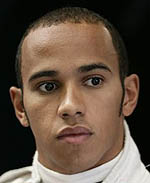 Although F1 is busy preparing for this weekend's inaugural Singapore Grand Prix - the first night race in the history of the World Championship - all yes will be focussed on the FIA's headquarters in Paris today and tomorrow.

Today, Lewis Hamilton and representatives of McLaren will attend the appeal hearing that follows the decision of the Race Stewards at Spa Francorchamps to hand the Englishman a 25s penalty, thereby demoting him from first to third, a move which could ultimately decide the 2008 World Championship title.

In a controversial move, almost two hours after the race, and indeed the podium ceremony, the three race stewards, having viewed video evidence and talked to those involved, ruled the Hamilton has cut the final chicane, and thereby gained an advantage, a decision that the driver, his team, sections of the media and many millions of race fans clearly disagree with.

Should Hamilton be successful, he would have 10 points from the Spa race, as opposed to 6, while Felipe Massa would lose 2 points, thereby extending the McLaren drivers' championship lead over the Brazilian to 7 points.

The appeal court will announce its decision on Tuesday.