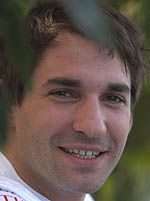 What is your reaction to the British Grand Prix weekend?
Timo Glock: The facts are that I qualified 12th and finished 12th, which is not what I was hoping for after the pre-race test, when we had looked pretty strong. I was hoping to qualify in the top 10 and follow up our strong performance at Magny-Cours, where Jarno finished on the podium, but we lost time on Friday. I had a clutch problem and missed a lot of the second free practice session. We were playing catch-up a little after that.

How difficult were the wet conditions in the race?
TG: It was really difficult. I made a good start and I was up to ninth on the first lap but the car was fuelled quite heavy and I was right in the middle of the spray. I was concentrating on looking after the tyres during the first stint.

What was it like when the heavy rain came?
TG: I am a bit disappointed in myself because I did not act on my gut feeling, which was to go quickly to extreme wet tyres as soon as the rain came. I didn't ask for a change over the radio because I wanted to see how it went for a couple of laps and the information we had was that the rain would only be brief. Unfortunately in that time the standard wet tyres cooled down too much and I lost grip. That made it really difficult to drive and I lost a lot of time, which was very frustrating because my first instinct was correct.

Looking ahead, how important is the German Grand Prix to you?
TG: I think everyone wants to be successful in their home race and so far Hockenheim has been a happy hunting ground for me. In GP2 in 2006 I won and finished third, so hopefully I can run in the points in the TF108 and have a good race.

Has your profile at home been boosted by the fourth place in Montreal?
TG: It has helped quite a lot. It was a little bit unexpected but it was a good result and then the team was strong in the French Grand Prix too. It would be great for the team and myself to score some more top five results this season and Hockenheim would be a good place to start.

Is there strong competition to be the best German driver, considering there are now five of you?
TG: No. I don't look at it like that because, in the end, I am looking for the best result and whether or not I am the best German doesn't really make any difference. Like many drivers my ambition is to be the best overall, which would obviously make me the best German as well! That's the goal I'm working towards but in a first year you have to gain as much experience as you can. There are no shortcuts and you have to learn to walk before you can run.

Did you grow up close to Hockenheim?
TG: I was brought up about 45 minutes away, in the Odenwaldkreis region. I went there for the first time to watch a DTM race in 1996. I like the place. I had a couple of good races there in Formula 3 as well as in GP2.

Did you ever drive on the original high-speed Hockenheim track?
TG: I raced a Formula BMW in my first year of single seaters and that was very good fun. The cars were all the same speed and so it was just one a huge battle - really exciting.

How do you find the new track by comparison?
TG: It has totally different characteristics. Sometimes it's a shame that tracks like the old Hockenheim are replaced by new, computer-generated circuits but I think they have done a very good job. In the final analysis the new track has already hosted some good races, and that's important.