Q&A with Spyker's Kolles and Gascoyne

For the second time this year, the FIA Formula One World Championship faces a long haul double header, with two races in two weeks on the North American continent. Directly after Sunday's dramatic Canadian Grand Prix in Montreal, a convoy of trucks carrying team equipment made the 1,400km journey south west to Indianapolis to the hallowed Indianapolis Motor Speedway for the seventh race of the 17-event series.

After a disappointing Canadian Grand Prix, from which both cars retired while in strong positions, the Etihad Aldar Spyker Formula One Team will be hoping to realise its potential in the 73 lap USA Grand Prix.

How would you sum up your Canadian Grand Prix weekend?
Colin Kolles, team principal and managing director: Again we were again very strong on pace, we were racing other cars and towards the end of the race we were faster than other teams as Christijan was lapping quicker than Alex Wurz, who later finished on the podium. Adrian too was a very strong prospect and, given the way the race went, we could have been in for a potential points finish. We got the strategy calls right, so the double DNF was clearly a missed opportunity. But we are no different to any other team out there - there are so many 'what if's' about the race.

You said after the race that two retirements could not happen again.
CK: Exactly. The retirements were avoidable and we know that. We cannot continue making mistakes that ultimately cost us positions and points. As we have seen, anything can happen in a race and we need to be ready and waiting to take advantage. We can't afford to let opportunities go past like this.

How did you address the drivers after the race?
CK: Both Mike and myself spoke to Adrian and Christijan after the race and explained how we could not accept another situation like this. But the drivers know this themselves - they are their own harshest critics and if you can't take some constructive criticism then there is no place in any team for you. They understand and are as disappointed as we are, but now we have to move on. We have another race in four days and we have to focus on this.

Is it encouraging that you've been closer to the frontrunning pace at two very different tracks?
CK: Yes, with one high downforce and one low downforce track we've been right there, and I think that's a mark of where we are now. I think that reflects the Malaysia update - you're actually seeing that manifest itself now, where instead of being three seconds off the pace we're two to two and a half seconds off. We've got a lot coming along, the wind tunnel programme is really delivering, so we've got things to look forward to.

What will be the aims for this race?
CK: I think that is very obvious, to get two cars to the finish without making any mistakes. We never forget that we are not here to lap around at the back, we do want to move forward, but the only way we can move forward is to set good foundations and build on them. 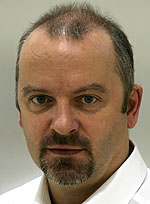 You didn't make it to the finish in Canada on a day when points were up for grabs. What's your verdict?
Mike Gascoyne, chief technical officer: The verdict is one of disappointment because obviously it was a great opportunity to score points, and I think with that sort of race you've got to take the opportunities. But also we had the pace to make something of it. At a race where pretty well every team made some basic errors, we were very much on top of it on the pit wall. We had the right strategy and it was going to come to us. In the end what should have been a great opportunity for us was lost through a couple of driving mistakes, and that's very disappointing. To compete at this level you've got to avoid mistakes.

Was it a case of the guys pushing to the limit on a very tricky circuit?
MG: I think our pace was what we expected and closer to the cars in front than previously. Yes, you've got to push to keep up, but you're an F1 racing driver, and you've got to drive to the limit. Look at Lewis Hamilton - he got very close to the walls in Monaco, he was close to the limit in Canada, but he got to the flag both times. You can't just say I'm pushing to the limit because the car's not quick enough. If you want to be a World Champion, you have to do every lap at the limit, like Alonso for the last couple of years, or Michael. That's the job!

Do you think that, other than a wet race, Monaco and Montreal were probably the two best chances to score points?
MG: They were. But the guys have got to learn from it. Adrian's got to realise that he's made a mistake. He's a young kid, he's very talented, and I'm sure he'll come back. But that's the name of the game we're in.