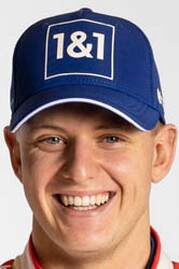 First there was Hill, then there was Villeneuve and then there was Rosberg, young drivers who entered Formula One with impossibly large boots to fill, those of their fathers.

While Damon and Nico emulated their fathers by winning the title, Jacques did his father proud also, for though Gilles never won F1's ultimate prize he remains one of the greatest in the hearts of almost all race fans.

Perhaps, young Mick Schumacher has the biggest boots to fill, for the youngster is the son of seven-time world champion, Michael Schumacher, arguably one of the greatest racers ever to sit in an F1 car.

Aware of the scrutiny he would be under when he started out in karting, young Mick dropped the tell-tale Schumacher name and instead used that of his mother's family, Betsch.

In 2011 and 2012 he raced in the KF3 class of the ADAC Kart Masters, finishing in 9th and 7th respectively, also finishing 3rd in the Euro Wintercup of the KF3 class in both years.

At the end of 2014, eyeing a switch to single-seaters the following year, Mick tested for Jenzer Motorsport in an F4 car.

Joining Van Amersfoort Racing, and now finally using the Schumacher name, Mick contested the ADAC Formula 4 Championship, claiming one win and two podiums on his way to tenth in the overall standings.

For 2016 he remained in ADAC Formula 4 but switched to the Prema Powerteam, with whom he also contested the Italian F4 Championship, finishing runner-up in both.

In late 2016 he contested the MRF Challenge Formula 2000 in India, claiming four wins on his way to fourth in the overall standings.

Remaining with Prema, which has close ties to the Ferrari Driver Academy, for 2017 Mick moved up to the Formula 3 European Championship. However, it was a baptism of fire, the youngster's best race being at Monza where he finished third. At season end he was tenth in the standings.

Remaining in F3 with Prema, Mick made a slow start to his 2018 campaign - a familiar trait throughout his career - claiming his first win in the series at Spa.

The win signalled an amazing turnaround for the youngster who went on to dominate the second half of the season. In the process, what had been a 67 point deficit to championship leader Dan Ticktum, became a 57 point advantage as Mick secured the title with 8 wins and 14 podiums.

Remaining with Prema, for 2019 Mick moved up to F2. A best result (winning the sprint race at the Hungaroring) was still only enough for 12th overall, in what appeared to be a repeat of his maiden season in F3 just a couple of years earlier.

On the plus side, in January 2019 Mick was announced as a member of the Ferrari Driver Academy, and subsequently tested for both the Scuderia and Alfa Romeo.

Once again, 2020 witnessed Mick make a slow start to his season only to pick up steam as it progressed. Two podium finishes in Hungary were followed by further podims in Spain and Hungary.

The first win came at Monza in the Feature race, with another at Sochi shortly after, the youngster having taken the championship lead a couple of weeks earlier at Mugello

The Sakhir feature race was notable for a performance similar to his father, for after qualifying 18th following an incident with Roy Nissany, he fought his way through the field to claim sixth.

Heading into the final round, the sprint race, the title fight was between Mick and fellow FDA member, Callum Ilott, the pair separated by 14 points.

While defending from Ilott as they fought for the lead - and title - Mick flat-spotted his tyres and consequently was forced to pit. However, as a result of his similarly aggressive performance, Ilott also had to pit and subsequently slipped out of the points.

Though Ilott finished 10th and Mick 18th, the German claimed the title by those same 14 points.

Due to make his FP1 debut at the Nurburgring, the cancellation of the day's sessions due to the weather meant that Mick had to wait until the final Friday of the season in Abu Dhabi.

Furthermore, while the Nurburgring outing would have been with Alfa Romeo, in Abu Dhabi he appeared in the Haas.

The F2 title and FP12 outing came after Haas had announced on 2 December that Mick would race for the team in 2021, partnering fellow newcomer, Nikita Mazepin.

In many ways, Haas is the perfect team for Mick as he enters the sport, for, based on its form over the last couple of seasons, few will be expecting the German to be battling in the midfield from the outset.

What Mick will have to do however s dominate his teammate, stay out of trouble and do the best he can, and show a bit more consistency than he has in F2 and F3.

Despite his relative inexperience and the equipment his disposal much will be expected of the youngster, who must surely feel the weight on his shoulders.

The saddest thing of all however is that his father, with whom Mick was skiing at the time of that fateful accident in December 2013, cannot be there to guide his son.