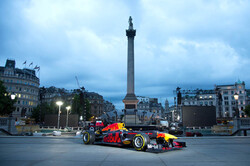 Seemingly almost from the time the Romans established London there has been talk of a Grand Prix on its streets, as a US investment firm is revealed to be behind the latest bid.

For as long as anyone can remember, certainly as far back as the 1970s, there has been talk of a race on the streets of London, one of the world's most iconic cities. And while there have been many false starts F1 bosses have never entirely given up hope.

On getting the keys to F1, Liberty Media made no secret of its desire to hold events in what it termed "destination cities", and at the top of the list was London.

Previously, Bernie Ecclestone admitted that he wanted a race in the English capital, but questioned who would pay for it, especially as hard-pressed taxpayers were still paying for the 2012 Olympics.

"Apart from that I can't see any dramas."

In late 2018, Ross Brawn, while admitting that the potential disruption looked likely to rule out a race in the centre of the city, he didn't rule out an event on the "outskirts".

"There are things on the periphery that are being explored," he told the Evening Standard, "not slap-bang in the centre of London but Greater London.

"London is an iconic city with a massive history in the sport and there's huge enthusiasm here," he added. "We'd like to see London complement Silverstone, not replace it. We could see ways we could make it work both sides."

A spokesman for the Mayor of London, Sadiq Khan subsequently confirmed that talks were ongoing.

"The Mayor believes that it should be possible to organise a race in London in the future and has asked his team to explore options with F1," they said.

In 2019, Chase Carey, having looked on as Formula E got to steal F1's thunder by hosting a race in London's Royal Docks, admitted that the capital remained firmly on the sport's radar.

As he finally confirmed a new 5-year deal for Silverstone, he admitted: "We have interest from a lot of places and the discussions with London are ongoing. We look forward to continuing to have those discussions."

Liker pretty much everything else, the pandemic put London on the back burner, but now a US investment firm is behind a bid to revive the project.

The Daily Mail reports that 777 Partners is working with a UK sports group in a bid to hold a Grand Prix in the Royal Docks, a project that would involve a sports and entertainment complex.

"We are hopeful that it is coming," says 777 Partners founder, Josh Wander, who owns the Italian football club, Genoa. "We are hugely excited about it."

"There will be an electric atmosphere as the greatest athletes in the world, along with an international fan-base and the world's largest companies as sponsors, descend on the Docks for race weekend," he adds.

"More importantly, we will build a world-class sports and entertainment complex that can serve the community year-round and revitalise the surrounding areas. It is the type of thing you really can't quantify until it actually happens, but the impact is dramatic," he insists.

"It brings the short-term excitement of a world-class race limited to the world's premier cities," he adds, "but at the same time we have the opportunity to create a sustainable long-term impact for the community and the surrounding areas."

Surprisingly, the project has the support of mayor Khan, we say "surprisingly" because he appears absolutely determined to drive all other forms of motorised vehicle, certainly those powered by fossil fuels, off the capital's streets.

"There is so much potential and that is why Formula One want to be involved," enthuses Unmesh Desai, London Assembly member for City and East and, according to the Daily Mail, "a close ally of Khan".

"It is about opening up east London," he adds. "They believe in us and we believe in them. It is a two-way partnership."

"We're speaking to Formula One and they're really receptive," said Khan following his re-election earlier this year. "It would be great to have a grand prix in the capital city. I'm keen to bring it as soon as possible.

"When Formula One and other major events come to east London, it will show that we are now firmly on the map. I am more than hopeful. It will happen."

However, while the funding may have been secured, the Daily Mail's article makes no mention of the necessary land having been acquired.

When Walt Disney was developing Disney World in Florida he had to buy the land under fake names because he was worried that if local owners knew it was him they would guess it was for a theme park and would raise their prices accordingly.

If 777 Partners haven't actually bought the land there is no way they will ever be able to buy it because the land owners now know what they are planning to do with it, and will raise the price, especially as the buyer is an American investment fund.

No professional developer would announce a project like this without first buying the land and if they have bought why haven't they told the Mail instead of merely saying that they have secured the funding?

Of course, mere mention of such a project will raise 777 Partner's profile, and being based in Miami, which makes its debut on the F1 calendar next season, ensures some much appreciated publicity.

On a day it is reported that seals, oysters, seahorses and sharks - yes, sharks - are living in the River Thames, this too has the smell of fish about it.