Haas not putting "any effort into anything" other than Williams battle 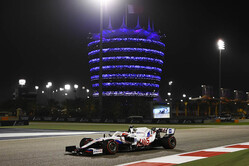 As feared, Haas has essentially thrown in the towel as far as 2021 is concerned, team boss, Guenther Steiner admitting that the American outfit is not putting "any effort into anything" other than the battle with Williams for ninth.

From the outset, Haas had made clear that there would be little, if any, development of its car as it instead opts to concentrate on its 2022 contender.

However, the hopes of drivers Mick Schumacher and Nikita Mazepin will have taken a knock with the admission by team boss, Guenther Steiner that the team will not be putting "any effort into anything" other than its 'fight' with Williams for ninth in the team standings, though the Grove outfit already appears to have the clear edge.

The American team will have some unspecified updates for the VF-21 at Imola - updates originally intended for the season opener - but basically nothing else for the remainder of the season.

"I would say if we can take the fight to Williams that's about it," admits Steiner. "I am very realistic about that... we are not putting any effort into doing anything more than that.

"The biggest amount we can get out of the car is to get our drivers prepared or get them prepared better," he continues, "just get them experience and that is what we want to do so they are ready when we have a better car and that is just how our plan is for this year."

While, despite an early spin, Schumacher finished 15th in Bahrain - the last of those that went the distance - teammate Mazepin's race was over before it had even begun, the Russian spinning off and into the barriers at the first corner.

"I think when you fight they need to learn this fighting," says Steiner. "I think both of them went on to the throttle too harsh, you know, and they then went on the kerb or something like this.

"And it's just, you know, these cars are so powerful, and when the torque kicks in, you get a kick and you cannot recoup them anymore.

"So I think this is down to making the experience. I do not think that they will do that again. They will spin again, but not in the way they did. This was a new experience, in a race, you know, trying to fight with other cars, and sometimes to be a little bit too optimistic."