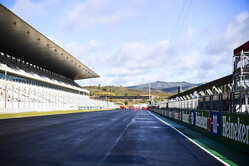 While race director, Michael Masi had previously warned drivers on exceeding the track limits at the exit of Turns 1 and 4, he subsequently added Turn 15 to the list as the FIA continues its crackdown on the habit.

While a lap time achieved during any practice session or the race by leaving the track on the exit of Turns 1 and 14, will result in that lap time being invalidated by the stewards, doing so at Turn 15 will also see the subsequent lap time deleted.

A driver will be judged to have left the track if no part of the car remains in contact with the track.

Each time any car fails to negotiate the Turn 1 exit, Turn 4 exit or Turn 15 exit by using the track, their team will be informed via the official messaging system.

On the third occasion of a driver failing to negotiate any of the three exits using the track during the race, he will be shown a black and white flag, and any further cutting will then be reported to the stewards.

For the avoidance of doubt this means a total of three occasions combined not three at each corner.