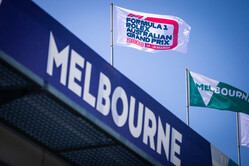 In a situation that will be watched keenly by other race promoters, it has been revealed that the Australian Grand Prix Corporation has agreed a deal with F1 that will see the fee for this year's 'race' waived.

However, the corporation will have to meet the cost of refunding disappointed ticket holders.

"As the race did not proceed, the overwhelming impost has been the refund of tickets," he added. "The tickets sales run into the many millions of dollars and that was all refunded."

Pakula's confirmation of the deal was in response to Greens MP, Sam Hibbins - whose constituency is near the Albert Park circuit - who questioned the finances of the ill-fated event.

While the event was cancelled after a member of the McLaren team tested positive for the coronavirus, the dilly-dallying over a firm decision combined with poor communications meant that even if it had gone ahead it would have been behind closed doors, ticket holders were left totally in the dark and continued to make their way to the track.

The event was finally officially cancelled on the Friday morning, by which time Sebastian Vettel and Kimi Raikkonen had already left the track and were en route to Europe and Lewis Hamilton was seeking sanctuary in his hotel room.