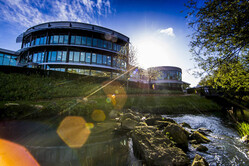 With five UK teams having placed a large percentage of their workforces on the taxpayer-funded furlough scheme - as has F1 itself which has placed 50% of its staff on the scheme - there is already fear amongst employees that the financial crisis that will surely follow the pandemic could hit the sport hard leading to redundancies.

However, the planned budget cap is already set to hit the sport hard, with the UK based teams likely to lose 1,599 employees according to new research.

Originally set at $175m (£141m), the budget cap - which is still set to be introduced next season even though the other planned rule changes have been delayed for a year (or two) - was subsequently reduced to $150m (£120m).

However, even before the coronavirus some teams were arguing for it to be cut further, with some seeking a $100m (£80m) limit, among them McLaren boss, Zak Brown, who told the BBC that otherwise he "could see four teams disappearing".

After research and development, salaries are the biggest expense for the teams and according to the filings the teams employ a total of 4,276 staff who are paid £372m.

Worryingly, the budget cap could see staffing levels reduced by 37.4%, with 'Motorsport Valley', which covers the region in Northamptonshire and Oxfordshire where most of the UK-based teams are located, likely to be the hardest hit.

The Telegraph arrived at its estimate of the number of jobs lost by calculating the percentage of total expenses that staff costs represent on the teams’ latest accounts. The percentage is then applied to the proposed $150m to calculate how much money teams would spend on staff under the cap.

That figure is then divided by the current average salary to give the number of staff each team would employ under the cap, the result is then deducted from the number of current employees to reveal how many jobs would need to be cut.

Though the exact cap has yet to be agreed, it is already known that staff who work on the design, development and manufacture of the engines are excluded from the cap as are marketing staff, senior management and driver salaries.

While teams are free to hire more staff by increasing what they spend as a percentage of their total costs, this would impact the money there is available for research and development and other key aspects of the team.

Alternatively, more staff could be retained by reducing their pay, but this wouldn't be a good look if drivers were still being paid the big bucks.

"If the top teams have to make hundreds of layoffs in light of the budget cap and we continue to pay the drivers several tens of millions per year, I find that there is something not right about that," said Cyril Abiteboul recently, his star driver Daniel Ricciardo understood to be on £20m a year.

The likes of Mercedes, Ferrari, Renault and McLaren could transfer staff to other parts of their companies, indeed McLaren and Red Bull have subsidiaries that work in other technology areas, however, the fact is that the entire automotive industry is likely to be hit hard by the pandemic and what follows.

While the teams are still bickering over the cap, the fact is that it has been needed for some time, indeed better men than the sport's current management tried and failed to make it work.

Fact is, with the teams, the manufacturers and F1 itself likely to take a financial pounding in the months ahead, something needs to be done, for as it is the sport simply isn't sustainable, not to mention the fact that currently it is essentially a three-tier competition.

Sadly, however, much like the pandemic itself, there are likely to be a lot of good people about to suffer.