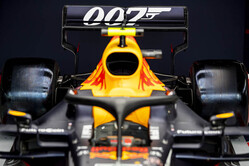 To honour a number forever associated with the legendary secret agent '007' the team and Aston Martin have joined forces with EON Productions, the company behind the James Bond films, to bring a touch of '007' to Silverstone.

Max Verstappen and Pierre Gasly's cars will feature some special additions to their race livery. These additions include the iconic 007 logo, Bond number plates on the back of the rear wings as well as pit garage graphics inspired by Q's MI6 Lab. 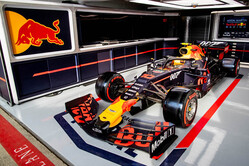 "Celebrating Bond at F1's 1007th race was too good an opportunity to miss given our title partnership with Aston Martin," said Christian Horner. "Showcasing the world of James Bond here at the British Grand Prix, our second home race of the season, is really exciting. Aston Martin is inextricably linked to Bond and his cars have become truly iconic so we're really looking forward to this weekend at Silverstone."