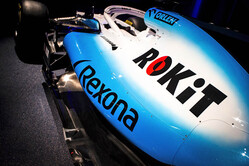 Despite its poor showing on track in 2018 - its worst in living memory - Williams confirms that its problems did not spread to the balance sheets.

The Grove outfit, Britain's most successful team in terms of constructor titles, finished last in the overall standings with just 7 points, the team aware of an inherent fault on its (2018) contender just a few hours into pre-season testing.

By season end the Grove outfit had lost a number of sponsors - several of them heading to Racing Point - along with its title sponsor (Martini) and a number of high profile personnel.

Sadly, this season is currently looking little better, the team missing the first days of testing and subsequently revealing a "fundamental" issue that will take months to fix. Technical chief Paddy Lowe has taken leave of absence, and at a time the drivers are being told not to push too hard due to lack of spares, team co-founder Patrick Head has been drafted in to see if he can help the team raise its game and spirits.

According to the team this represents "solid results at our Formula One operation and continued progress at Williams Advanced Engineering".

"The financial results for 2018 represent another year of strong performance at Williams," said Mike O'Driscoll, Group Chief Executive Officer. "Revenue was up in both the Formula One operation and Williams Advanced Engineering in 2018, following on from similarly strong performances in recent years.

"Our Formula One team had high expectations that we could build on four years of very solid performance in the FIA Constructors' Championship but unfortunately, we struggled to maintain the pace of technical development and endured a difficult season. There is a very large gap in competitive expenditure between the leading teams and the rest of the grid, but we are increasingly hopeful that Liberty Media's long-term vision and plans for the future of the sport can deliver a more level playing field on which all teams can compete fairly. In the meantime, we are intensely focused on improving our own performance, following a tough start to this season's campaign. We were delighted to commence a new title partnership with ROKiT and to welcome Orlen to our partner community for 2019, demonstrating the continued strength of the Williams brand.

"Williams Advanced Engineering revenue growth continued in 2018, although the bottom-line increased only modestly, as we continued to invest in both our people and technical capabilities. Our expertise in electrification and lightweight material technology provides an excellent foundation for future growth. Our engineering expertise combined with a fast-paced innovative approach, recognised by the Queen's Award for Enterprise in Innovation in 2018, provides a unique point of differentiation."