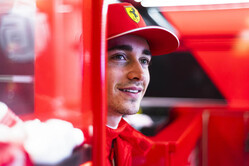 The second round of the 2019 Formula 1 World Championship takes place in Bahrain at the Sakhir circuit.

The track is 5.412 kilometres long and the race is run over 57 laps. It is well known for its long straights and the heavy demand it places on the braking system, the two most difficult points being at turns 1 and 14.

Scuderia Ferrari Mission Winnow has won six times in Bahrain. The first victory came in the inaugural edition of the race in 2004, courtesy of Michael Schumacher, before Felipe Massa won in 2007 and 2008. 2010 was the only year in which the race was run on the 6.299 kilometre "endurance" layout of the track and the winner was Fernando Alonso, making his debut with Ferrari, thus joining an exclusive club made up of Juan Manuel Fangio, Giancarlo Baghetti, Mario Andretti, Nigel Mansell and Kimi Raikkonen. Sebastian Vettel - for whom you would have to check betfred for the latest odds - has won for Ferrari in both the past two years.

The track has two sections where the moveable rear wing can come into play: one before turn 1 and the other in the section made up of turns 10 to 11. Qualifying are at 18 local time (16 CET) while the race start is at 18:10 local time (17.10 CET), making it a night race, run under floodlights every bit as bright as the sun. The track temperature therefore drops throughout the race as night falls. Pirelli is bringing its C1, C2 and C3 compounds, the hardest three in use this season. Though Mercedes is favourite to add to its win tally this weekend, genting bet promo code, suggests the Ferrari should not be written off.

Mattia Binotto Team Principal: "The Bahrain Grand Prix is the second round of what will be a very long and demanding season. The Sakhir circuit has very different characteristics to the Australian one, with traction and braking being key factors. In Bahrain, as a team, we will have to ensure that we have understood and rectified the areas where we were weak in Australia, which therefore meant we were unable to fully exploit our car's potential. In Bahrain, we expect to see the effect of the corrections we have made, although we are well aware that our competitors will once again be very strong. With that in mind, we are keen to get back on track and face up to them."

Sebastian Vettel: "From a driver's point of view, I would describe the level of difficulty for this circuit as basically 'normal'. However, it is hard to find the right rhythm in the desert, mainly because of the sand that the wind blows onto the track. Therefore every lap is different, which can be a decisive factor, especially in qualifying. If you move just a few inches off the ideal line, you start to slide and you can throw your lap in the bin, because you just can't make up the time you lose at this point. Therefore, the rate of mistakes is significantly higher than at other circuits. You need to be patient before overtaking, maybe waiting for the driver in front of you to have a small slide. There are two very good overtaking opportunities: at the first corner and at corner 14, after the long straight."

Charles Leclerc: "Bahrain is a pretty technical track with quite extreme conditions. So it's always interesting for us to try different things on the car during free practice, in order to be as well prepared as possible for all the various situations that we might experience in the race. It's a track which I really enjoy driving. I also have some very good memories here. I started here in Formula 2 and had some great races, although last year was a little bit harder as I was just at the beginning of my career in Formula 1. I can't wait to race there with Ferrari, hopefully bringing home a good result."