Key joins McLaren at the end of next month 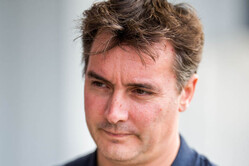 McLaren and Toro Rosso have confirmed that they have reached an agreement to settle the position of James Key, who will be released by the Faenza outfit prior to the end of his existing contract arrangement on 23 March 2019.

Key will begin his role as technical director at McLaren on 25 March – a role that hasn’t existed at Woking for some time.

There followed the usual argy-bargy with both teams insisting they had a contract with Key, Helmut Marko responding to McLaren's initial announcement of the Briton's recruitment with the threat that the Woking team would "have to wait for quite a long time".

Aware that there was nothing they could do to stop him leaving, but also not wanting him to gain any further inside knowledge before his move, the Faenza outfit placed Key on extended gardening leave.

Key's F1 career began with Jordan, who he joined in 1998, first as a data engineer and subsequently as a race engineer.

A stint in the wind tunnel was followed by promotion to the role of head of the vehicle dynamics department, and in 2005 he was appointed technical director shortly before the team was sold.

Remaining with Jordan in its various subsequent guises, first as MF1, then Spyker and finally Force India, he moved to Sauber in 2010 before moving again in 2012, this time to Toro Rosso.

In recent times he had been linked with a number of teams including Williams and Ferrari, but seemingly McLaren has made him an offer he couldn't refuse.