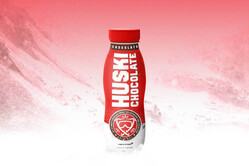 McLaren, which last year was in the headlines after it was claimed that team members were being given Freddo chocolate bars as reward for extra-long shifts and "sweating blood", has, without a hint of irony, announced a multi-year partnership that will see the Huski Chocolate brand represented on the rear wing of the McLaren MCL34. The Swedish company's branding will also appear on the team's race drivers, Carlos Sainz and Lando Norris, and team personnel.

From today, Huski hot and cold chocolate drinks will also be served at the McLaren Technology Centre in Woking and in McLaren Racing team hospitality, for team personnel, partners, media and race guests at Formula 1 events around the world.

"We're pleased to have Huski Chocolate on-board with our team and support the company in their ambitious plans by introducing them to our global sport," said Zak Brown. "I look forward to enjoying a drink together at track, and sharing our adventure with our new partners."

"Huski Chocolate has always been about lifestyle and adventure," added Fredrik von Essen, Chairman, Huski, "so what better platform to support our further expansion than the unique lifestyle of Formula 1.

"After we met with McLaren at the team's headquarters in the UK, we were convinced that they were the right partner to help us market our new unique cold chocolate drink worldwide."