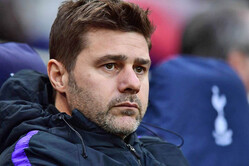 Mauricio Pochettino, team boss of the legendary Tottenham Hotspur football (soccer!) club, has used an analogy in which he likens Fernando Alonso's issues with McLaren to his own team's struggle to win the Premiership.

Since the Premiership came into being in 1992, the north London club has never won it, it's best finish being in 2016/17 when it finished runner-up.

Prior to the establishment of the Premiership, the club had last won the First Division in 1960/61, in fact doing the double that season by winning the FA Cup also.

Currently third in the Premiership, Tottenham is seven points behind leaders Liverpool, though its challenge is somewhat compromised (again!) by the absence of several star players, including star striker Harry Kane, and midfielder Dele Alli, due to injury.

"When you work in football, it's because you want to win," Pochettino told the Press Association. "When you are a player the only thing you want is to win.

"Take the example of Fernando Alonso and compare with Hamilton," he said. "If you put Hamilton in McLaren last season and Alonso in Mercedes, it's the same result: Hamilton at the bottom and Alonso at the top. That's the reality.

"I always put the same example. Fernando Alonso and Lewis Hamilton are the best drivers in Formula One. Where did Alonso finish last season with McLaren?

"I follow Formula One. I love McLaren. But it wasn't competitive last season. That's the reality, no? But do you think that's a problem with Alonso or a problem with the car?"

Sadly, looking at Tottenham's failure to go the distance in recent years, usually having started the season so well, the Argentine-born manager of Italian descent might have been better served using Ferrari as an example.