Verstappen: It was never my intention to put Renault down 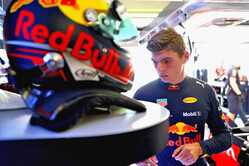 Despite the trials and tribulations of McLaren's ill-fated three-year marriage to Honda, for the most part the Woking outfit maintained a dignified silence, doing its best to avoid outright criticism of its partner even when both had gone their separate ways.

On the other hand, despite the numerous titles won together, the partnership between Red Bull and Renault was always acrimonious, only good, according to the Austrian team, when it was winning, and even then it appeared that the French manufacturer was only acknowledged when things went pear-shaped.

It was obvious for some time that the partnership was doomed, the final straw clearly being Renault's decision to return to F1 as a constructor, and thereby a rival to Red Bull. In the years since, the criticism has been constant and bitter.

Speaking to Ziggo Sports Rob Kamphues, Max Verstappen, who along with Helmut Marko and Christian Horner led the verbal assaults on the French manufacturer, insists it was nothing personal.

"It was never my intention to put them down, but I want to make it better," he says. "Look, we now have a deal with Honda, but if we had continued with Renault next year, I would want us to make progress.

"I am just very clear in what I say. I can also say that they can take it easy, but I am not like that. It can and must be better and I just always want full commitment," he adds.

"However, you have to be open to criticism, that is how I grew up. I'm sorry if you can't deal with that, but I'm not here to join in with the Olympic idea. I want to win and for that all parties have to be committed."

Looking ahead to the new partnership with Honda, he says: "Hopefully it will be a long-term collaboration. I don't expect that everything runs smoothly at once, but you can't expect that, I think. I will always be focussed, but you also have to believe in the project and be patient.

"I do not expect that we can really fight for the championship at the start of the season," he admits, "but if we are just a little bit better than this year, we can be closer to the competition and run a consistent season, that is already an improvement for the championship. You do not necessarily need to have the best car."

In terms of sister team Toro Rosso's first season with Honda power, the jury is still out, though all concerned, including Red Bull insist it has been a great success.

And with Red Bull, and Verstappen, giving total commitment to the Japanese manufacturer, they will be under great scrutiny, not least from their French former partners.