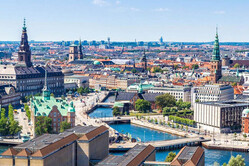 Hopes of Kevin Magnussen driving his Haas on the streets of Copenhagen in a home Grand Prix in Denmark, have ended with the news that plans to hold such an event have dropped.

The idea of a race in Copenhagen was first mooted last July, with a consortium led by Danish business magnate Lars Seier Christensen seeking to run a Grand Prix on the city's streets.

"The track we have submitted to F1 in London is not with complete certainty the final version," former MP Helge Sander told Jyllands-Posten, "but it is the basis, and if there are any changes they will be minimal.

"The track has been approved by Hermann Tilke who also had questions and ideas for adjustments. But that is something we will look at on an ongoing basis."

The proposed 2.79 mile track included a corner in front of the Christiansborg parliament, a 300 km/h (190 mph) straight over the Knippelsbro bridge and a fast stretch along the Slotsholmsgade road behind the Børsen stock exchange. Including a section that would take in the Langebro bridge, the circuit would see cars driving over two bridges. 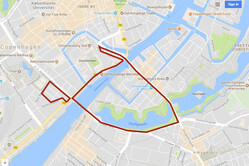 "The track could be the basis for a fantastic race," enthused Kevin Magnussen. "It could end up being similar to the Grand Prix in Baku, there will be some extremely long straights where cars can reach top speeds and some intricate sections that will be technically difficult. But I think the most interesting aspect is the surroundings - drivers will race right by Christiansborg and Tivoli.

"There will be incredibly beautiful surroundings, maybe the most beautiful of all Formula 1 tracks," he continued, though he confirmed that the locations of the finish line and pit lane have not yet been agreed."

However, despite the enthusiasm of Chase Carey, the project subsequently ran into problems over funding.

"The government is prepared to put some money into the hosting of Formula 1 in Denmark," Finance Minister, Kristian Jensen told Politiken in June. "But we don't think it's reasonable that the city where such a large event is to take place does not also contribute economically."

Revealing that other regions, including Odense, Herning and Horsens, have usually made significant financial contributions in order to secure sporting events, most notably the Giro d'Italia and Tour de France, Jensen said: "We ask all cities to be a part of funding when a major sporting event is in town. So it is also fair for Copenhagen Municipality to do this."

"If we are to continue on this path, we in the government expect Copenhagen Municipality to be prepared to contribute financially to the hosting of Formula 1 in Denmark."

Today however Jensen confirmed that the plans have been scrapped, citing the lack of support from said Copenhagen authorities.

"I am asking for it to be stopped now," he told Politiken. "That means that I have told my colleagues in the small minority (of supporters) that I have, that this is my view. They have taken it into account.

"I went into this positively," he added, "and have openly assessed whether it would be possible to bring Formula 1 to Denmark and Copenhagen for a three-year period. As things have progressed, it has become clear that there are high expectations regarding public funding for the race.

"The narrow majority I had at Copenhagen City Hall supporting this project has always maintained that it must not cost the municipality money."