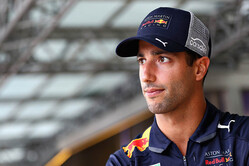 Mark Webber believes that countryman Daniel Ricciardo would be best served by remaining with Red Bull.

Webber, who left F1 for Sportscars at the end of 2013, spent seven seasons with the Austrian outfit, taking 8 wins and finishing third in the championship standings on three occasions.

Though his time alongside Sebastian Vettel left him somewhat disenchanted, and he will envisage Ricciardo possibly experiencing similar issues should he remain with Max Verstappen as his teammate, Webber doesn't see any other realistic options for his countryman.

"I'd imagine he'll be staying," he told Speedcafe.com. "I don't know how long that commitment will be, but, let's see. It was worth waiting but he's probably going to stay where he is.

"He's in that sensational window at the moment where his stock is very, very high but as we all know Lewis Hamilton is the main man," Webber continued.

"I mean, there are still main men, and that's what Formula 1 can be like, and you've got to be sort of in the right place at the right time in a way to get those opportunities."

With Mercedes likely to stick with its current line-up and Ferrari looking to partner Vettel with either Charles Leclerc or retain Kimi Raikkonen for another season, Ricciardo's options are limited.

While Renault is clearly on the up, it is likely to be another couple of years before it is challenging for wins, while Zak Brown's admission that it will take two to ten years before the Woking outfit becomes a force again is not likely to tempt anyone – be it driver or sponsor - to sign on the dotted line anytime soon.

"That was all he had, really," says Webber of Red Bull. "Telling these others teams, sort of midfield at best, they were on the radar, I don't know if that was just a bit of sort of bargaining to try and get Red Bull to move a bit.

"But at the end of the day, I spoke to him about it, he knows what my feelings are on this and you know it's tricky to find if it's greener somewhere else.

"The teams that are winning at the moment are settled and to try and get that last seat is extremely difficult."