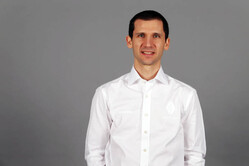 Cyril Abiteboul, Renault Sport Racing Managing Director: France is synonymous with racing, in particular Formula 1. The first-ever Grand Prix was held at Le Mans in 1906 and the word Grand Prix is indeed French!

The return of the French Grand Prix is going to carry an added level of emotion for all at Renault. Everyone who works for the marque is proud of our heritage at this event. Renault's first win in the sport came in 1979 in Dijon, courtesy of Jean-Pierre Jabouille's victory with Rene Arnoux also on the podium that day after one of the all-time great racing duels with Gilles Villeneuve. We have scored a further nine victories on our home soil with some of the sport's best drivers– Alain Prost, Fernando Alonso, Damon Hill and Michael Schumacher.

We are at an early stage of our journey so a win is probably not on the cards, but as a French team, we know we have extra pressure to perform well at our home race. But the race on home soil also gives us extra motivation to pull together and work well. We head to Circuit Paul Ricard on the back of a positive result in Montreal, where we demonstrated, once more, our excellent team spirit. We recovered from a difficult start to the weekend to take ten points and a healthy step forward in the Constructors' Championship. We also continue our established development plan on the chassis side, so it will be about maintaining this momentum for this very important race in the context of the team's reconstruction.

We need to match the teamwork we saw in Canada, and exemplify this level of passion and pride in France. We can't wait.

Remi Taffin has happy memories of the French Grand Prix, having engineered Fernando Alonso to victory in 2005 at Magny Cours on the way to the team's first world championship title. Thirteen years on, the new Engine Technical Director is aiming to taste more success at his home Grand Prix in Le Castellet.

What do we know about Circuit Paul Ricard?
Remi Taffin: Circuit Paul Ricard is a real mix of sectors, probably more so than any other circuit this season. We shouldn't expect too many surprises and we're not going in blind. There are two long straights, as well as some heavy braking zones. Signes, at end of the back straight, should be taken flat out in a similar fashion to Silverstone's Copse Corner so that will put the Power Unit and drivers alike under a lot of forces, but shouldn't be too much of an issue for either.

What's the verdict on the B-spec engine from Canada?
RT: It's doing what we expected. All six Renault-powered cars had the engine upgrade in Canada. It demonstrated good performance and driveability. We had four cars inside the top ten, including a podium and the fastest lap of the race.

And what else is there in the pipeline for engine development?
RT: The C-spec engine is already on the dynos at Viry and we'll soon be at a stage for its deployment with races coming thick and fast over the weeks ahead, especially with Formula 1's first triple-header on the horizon.

What memories stand out for you with the French Grand Prix?
RT: When you're a French company, and you race at the French Grand Prix, it's always a pleasure. You're in your home country and there are a lot of spectators, so it's always a good audience. It's a special feeling, especially winning, which we achieved in 2005 with the very fast blue cars and Fernando Alonso! We always had good fights in the French Grand Prix, the 2004 race was another good battle between Fernando and Michael [Schumacher] for the win, even if unfortunately, we lost it to them on that occasion. We were on a three-stop strategy, to their four-stop! These are good memories, good on-track fights and of course we'll always remember that 2005 victory. Hopefully there are more memories to come of battling for the top step of the podium.

What's the feeling like at Viry ahead of the home race?
RT: They can really feel it's their home Grand Prix and that's special. If you see where Viry is located, it's close to Paris and you could argue Spa is closer to Paris than Circuit Paul Ricard! But it's still our home country and we can feel it, and we are all looking forward to it.