Mars and Spears to headline at US GP 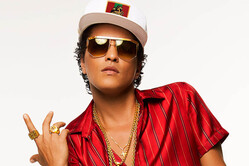 Organisers of the United States Grand Prix at the Circuit of the Americas are continuing with their policy of running major pop music acts over the weekend of the race in a bid to get more people through the turnstiles.

In 2016 attendance over the weekend was boosted when Taylor Swift played her sole live gig of the year, taking to the stage a couple of hours after qualifying. Inspired by the success of the event, 2017 witnessed Justin Timberlake headline.

This year, organisers have announced arguably two of the biggest names in popular music as headliners at the race, with Bruno Mars performing on Saturday after qualifying has finished and Britney Spears closing out the weekend on Sunday, following the race.

Bruno Mars stops off at COTA with his 24K Magic World show, touring in support of his album which was released in November 2016. The 24K Magic World Tour has been Mars' first full length tour since his hugely successful Moonshine Jungle World Tour in 2013, which sold 2 million tickets worldwide across 155 sold-out dates. 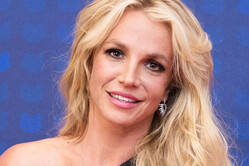 Britney Spears will close out the weekend with a post-race concert as her "Britney: Piece of Me," upcoming world tour is kicking off this summer, which follows an award-winning and record-breaking headlining Las Vegas residency.

"We're excited to welcome Bruno Mars and Britney Spears to this year's United States Grand Prix stage," said Bobby Epstein, Founder and Chairman of COTA. "The pinnacle of motorsports, two global superstar musicians and all of the festive entertainment that comes with the Formula 1 United States Grand Prix defines the weekend as the greatest sports and entertainment celebration of the year. We are proud to host such an incredible weekend for race and music fans alike."

Three-day race tickets which includes access to both headlining concerts along with other featured entertainment including an additional 30+ Texas based bands soon to be announced, start at $169 and will go on sale Friday, April 27th at 10.00 through www.thecircuit.com. Sunday only bleachers and Sunday only Premium Stand tickets will also be available for purchase along with premium on track viewing upgrades for both concerts.