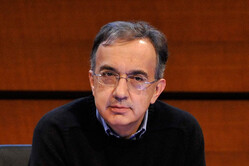 If only it had happened a week earlier we could have made all manner of references to The Long Good Friday, the classic British gangster movie starring the late Bob Hoskins.

Despite the best efforts of some to insist that it portrayed - and was a reaction to - the worst of 'Thatcher's Britain', filming began in August 1979, just three months after she was elected Prime Minister, and completed just two months later. Still.

Whatever else one gets from the film, the fact is that it accurately predicted the major change London was about to undergo, as developers rebuilt the city and turned it into a 20th century powerhouse. How they did it, and the blood that was shed in the process, is a matter for another day.

Anyway, a week after Good Friday, Formula One faces its own showdown, as the sport's owners, Liberty Media, in the form of Formula One Management present the teams with its vision for the sport's future.

Other than the engine rules post-2020, for which the deadline is here and now, FOM must address the thorny issue of money.

In its desire to reshape the sport in order that it is no longer a two, or even three, tier system - the winners, midfield and back of the field - FOM is looking to level the playing field in order that more teams can not only challenge for points but for titles.

To do this, it is intended that a budget cap be put in place bringing an end to the days where the likes of Mercedes and Ferrari out-spend their rivals by 3-1.

At the same time, it is intended that the prize pot is shared more evenly, doing away with the various bonuses that have seen teams finishing third or fourth in the standings walking away with more moolah that the champions.

The engine rules, which include the standardisation of more parts and the removal of the costly MGU-H, are intended not only to bring down costs but also encourage more manufacturers to the sport and hopefully new teams.

Ferrari and Mercedes have already made clear their feelings in terms of the initial engine proposals, warning that they might both quit the sport for a breakaway series. Quite how they react to FOM's financial plans remains to be seen, but in all likelihood it won't go down well.

At the end of The Long Good Friday, gangland boss Harold Shand (Hoskins), following a weekend of violent mayhem on the street of his city, tells his prospective partners, a couple of representatives of The Mob from across the water, what they can do with their money... in no uncertain terms.

Unfortunately, however, that isn't the end of the matter, for while The Mob head back across the water, breathing a huge sigh of relief that that they got out just in time, Shand learns, much to his regret, that it is time for a new order on the streets of his city.

While the language during and following tomorrow's presentation is likely to a lot more eloquent than Mr Shand's, and devoid of the profanity - at least publicly - the end result is likely to be just as bloody, and much like Charlie (Eddie Constantine) and Mac (Stephen Davies) who stand open mouthed as Shand rants about culture, sophistication and 'ot dogs, it is likely that Chase Carey and his crew are for once going to find out what the so-called Piranha Club is all about.

The meeting gets underway at 10:00 (local time) rather than high noon.