Oranges of their Fathers 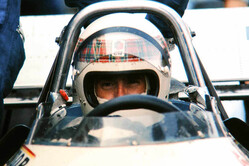 Sometime back I wrote an article, Apples of our Fathers, about the tricks recall and the passage of time play with each of us as we meander through life, aiming for the most positive side-effects possible prior to shrugging off this mortal coil.

As I reflected on the season opening event that was Melbourne 2017, my own recall was drawn to that article. And, thankfully, my mind generated the path to wander down that is this article.

Pitpass readers tend to be aware of the flavours and delights of recent English, and wider-European history. Even those based in Australia or New Zealand are well aware of the foibles of that green and pleasant land, where tea is served correctly, bread mould is the damp work of a moment, and apples stopped being crisp and natural on 7th April 1968.

So now we have those pesky ex-Colonials from across the (Northern hemisphere) Pond, trying to compare apples with oranges, while endlessly recalling just how great the orange juice created by their own hands was all across the mighty American landscape. World famous from New York to L.A., Seattle to Fort Worth.

One would need to be on some very special juice indeed to consider this year's cars as "Beasts", which would appear to be the official label preferred of our new juice store owners. In race trim, even on wider tyres than of recent years, they were comfortably off the 2004 V10 powered Michael Schumacher lap record. Michael being a solid 2.4 seconds ahead of Kimi with the fastest lap time of 2017. The legend remains a crisp bright apple of the past for another season, in Melbourne at least.

On television the freshly squeezed, juiced-up cars look most like last year's cars. They most certainly sound the same. Racing numbers are still hard to find and decipher, and for all the effort drivers put into perfecting their helmet art, on TV the over complicated modern designs all blur one into the other, even when viewed on an HD feed. The oars on Damon's helmet, the simple bright yellow of Ayrton, the neat tartan strip of Jackie. These could be picked on the worst of television feeds, and indeed Damon's and Jackie's could even be easily picked at speed if viewed on a black and white feed. Now that is simple elegant, iconic, design at its best. Those apples of the past, are shining as bright as ever.

And let us not forget that those driving in the 1950's and 1960's had cars that the engineering of the day could only deliver as performing well within the human performance envelope. So a top driver of the day was always "out performing" his car. Today the cars, even in their current rule hobbled form, act and react to physics far faster than a human driver can control. The cars basically out-perform the drivers now. So all those massive four wheel drifts, and tail-out adventures are far harder to instigate, control, and end as intended.

A modern car travelling as fast as possible barely slips, slides, rocks or rolls. Or rather, not to an extent anything but a high-grade computer with advanced modelling software would notice. The human eye was left behind long ago.

Let us move to our joyful Melbourne podium, all smiles as no championship is at risk this day. Lewis is now 32. Vettel turns 30 this July, Valtteri Bottas turns 28 in August, and the trophy presenter, Sir Jackie Stewart turns 78 in June... giving us an average driver age on the podium just short of 30, and including Jackie the average age moves up to 42 (amusing for Douglas Adams fans...).

Is the 42 year old age range, which allowing a generation each side gives us approximately 32 to 52 years old the heartland of new fans for F1, or is it close to being the existing fan base heartland?

Certainly most people eyeing off a new Oyster Perpetual are likely to be this age or older. There is a good reason Rolex have Sir Jackie as their ambassador and not the equally remarkable younger Scot, Danny MacAskill, or Justin Bieber.

Are we chasing Millennials in the seven to seventeen age range via new social media coverage, or the "missing generation" between, roughly, 17 and 35?

If so the task ahead of us is towering. The under 20's are ceasing to buy cars in the Western World at an accelerating rate. People relate to football because they can kick a ball around down the park, and many played on school, or social teams in well organised leagues.

When we see Messi, or Ronaldo, dancing past defenders and thumping it into the back of the net we can relate to the general game, and be in awe of their skill at the same time, because of directly relatable personal experience.

If you've only ever travelled by number sixteen bus, with your in-ear phones killing all engine and road noise, and see no relevance to controlling a sweet four wheel drift on a drying country road, how do you relate to a bunch of guys twice your age driving cars to be awarded a trophy by a guy who looks older (and probably is older) than your grandad?

So Liberty is set to change all this...? Well they've retained two quality managers in their 40's (which is a number bigger than 21) from the Bernie era, and at the top we have Chase Carey (63), Ross Brawn (curiously also 63), and Sean Bratches (over 50...). With Liberty Media ultimately being owned by John Malone (75 - a heart-warming twelve years younger than Bernie, which rather makes him the same generation actually). And this gives us a leadership team with an average age of 64. Which is a full 23 years younger than the average age of Bernie (but if Bernie continues to prove to be immortal this average age thing could go out the window...).

So with an average age of 64 (will you still need me, thank-you John and Paul) the leadership team for the new dawn of F1 all qualify for over-55 life style villages, and are about to be awarded their senior's cards, free coffee at McDonalds, and all those other amazing moments of impending retirement and twilight years.

On the grounds my own mother (long may she roll on non-Pirelli tyres) can operate her Samsung smart phone quite ably I'm not saying all hope is gone.

Equally my mother does not use SnapChat, Instagram, Pinterest, and she does not have a twitter feed clogged with pictures of Lewis Hamilton hugging dogs on private aircraft.

Chase attended Colgate University, located in Hamilton Village, Hamilton, New York in the 1970's. He played rugby and went on to attend Harvard. He's a smart sporting man, and a world class businessman.

He will recall the oranges of his youth from those formative years. The NFL growing stronger with each passing year. The thrill of sport on the field. The excitement of moving on to world class business deals. That vibe that is life at full throttle in, and around New York, and the wealthy East coast unstoppable dollar.

Hendrix played in New York in May 1970, and at the New York Pop festival at Randall's Island in July 1970. I wonder if the sixteen year old Chase made it to either of those?

I recently quoted Jimi Hendrix, "Knowledge speaks, Wisdom listens." If the Liberty crew have the right people with the right knowledge in the right roles, seamlessly connected to those in positions of power that possess the wisdom to listen, and not hear what they want to hear, there is plenty of scope for great outcomes.

It all rests on the quality of light dancing on those oranges as Chase recalls their sweetness. If the crowd roar of the Super Bowl is drowning out all other sounds in his mind, those expecting a symphony of delight in the seasons ahead might be shocked when Chase serves-up rap, country, or post-rock.

Car ownership in the under 30's is dropping. Ride sharing, and car sharing, is increasing. What knowledge is Liberty seeking out, and what wisdom do they have to listen? What if they successfully attract a new audience with a product that leaves the existing, ageing, audience cold?

Put simply, will we existing fans want to buy the product Liberty is about to push to attract new fans, and just how many of these new fans will stay (pay) for the long haul to replace those of us who fade away?

When the next generation look back on this change in the sport from English apples, to American oranges will they see it as a time of change when we went from bitter to sweet, or to crushed and sour?