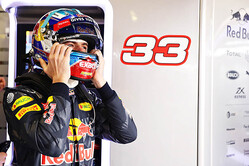 Sebastian Vettel topped the FP2 timesheets yesterday, however even the most fervent fan will admit that the Scuderia is unlikely to be represented on the podium come Sunday, far less take the win.

Indeed, on the day Mr E celebrated his 86th birthday, that pretty much summed up the two practice sessions... a mystery.

The combination of a very dusty track, high altitude and cool temperatures mean that we are still unclear of the true of order, Pirelli admitting that it is baffled by the lack of tarmac evolution since last year.

Degradation, particularly with the supersofts, was high, however Pirelli insists that if drivers can manage the graining it will remain a competitive race tyre. Interestingly the red banded tyre appeared to improve on its second flying lap.

Lewis Hamilton was second quickest, just 0.004s off Vettel's pace, with Nico Rosberg third around 0.4s off his teammate's pace.

To further confuse matters, Vettel's time was posted on the supers, Hamilton's on the softs and Rosberg's on the mediums.

As ever Kimi Raikkonen was in the hunt, while Nico Hulkenberg did well to split the Red Bulls, Max Verstappen missing much of FP1 due to damage caused to an electrical loom by his brakes.

Few drivers failed to run wide, spin or take a trip into the Mexican countryside and with conditions unlikely to improve this could prove problematic this afternoon and tomorrow.

Traffic was a major factor and led to a number of drivers getting quite tetchy, or in some cases more tetchy than usual. In one incident, Vettel branded fellow world champion an "idiot".

Ahead of this morning's session, the air temperature is 13 degrees C, while the track temperature is 24 degrees. It is brighter than yesterday, though just as 'cool'.

The lights go green and Grosjean heads out, the Frenchman having had another problematic day yesterday. He is followed by Haas teammate Gutierrez.

As they return to the pits to perform practice starts, they are joined by Button.

As Button returns to the pits, he is replaced by Ocon, Wehrlein and Verstappen.

It's slow, but we're getting there.

As Ocon posts the first time of the day (32.013), Button calls for a darker visor, proof that it is indeed brighter than yesterday.

"Steering feels a little bit left-hand down," says Hamilton as he begins his out lap.

Hamilton's first timed lap is a 31.916 as the world champion prepares for a busy day.

Scrub that, the session kicks into life when Perez emerges from his garage in the Force India and the crowd roars a welcome.

The Mexican responds by posting 20.749 to go third, while Hulkenberg reports that his steering, unlike Hamilton's, is pulling to the right.

Quickest in all three sectors, Hamilton (softs) raises the bar with a 19.721, as Hulkenberg pits after going fourth despite his steering issue.

Again, as was the case yesterday, the softs and supers appear good for a strong second flying lap.

A 20.734 sees Sainz go third, as teammate Kvyat posts 21.234 to go sixth. The Russian complains of problems with the balance at the rear, he is told that Sainz is suffering similar issues and that this is due to the conditions.

"I have warning lights on the dash," warns Button, "temperature."

Raikkonen improves to sixth with a 2.940 despite losing time in the Stadium behind Nasr.

As Vettel posts 24.330 to go 18th, Raikkonen goes quickest in S1. The Finn posts a PB in S2, but fails to improve following a poor final sector.

Vettel stops the clock at 20.048 to split the Mercedes, the German quickest of all in S1.

With 33:00 remaining we've yet to see a time from either Red Bull driver.