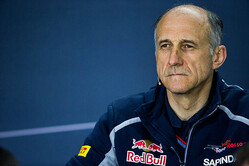 While 'big sister' Red Bull is flourishing, having overhauled Ferrari and now setting about closing the gap to Mercedes, it's fair to say that Toro Rosso, yet again, has been edged out of the limelight.

As ever, a strong-ish start to the season looks set to end in a difficult run-in, this season's efforts further compromised by the 2015 engine package from Ferrari.

Despite the shortcomings of the STR11, which, as in 2015 has suffered poor reliability, initially drivers Carlos Sainz and Max Verstappen were able to give a good account of themselves. but as the season has progressed, driver movement aside, the team has disappointed and while team boss Franz Tost believes fifth is still possible, all eyes must be on McLaren just 3 points behind.

"The second half of the season will not be easy for us in Monza and Spa, because of the performance of the power unit," Tost told Motorsport.com. "But Singapore, Malaysia, Japan, America and Abu Dhabi should be quite good. Sao Paulo is in between, it depends also on the weather is over there. But you need a lot of power there as well.

"I'm still optimistic that we can finish in fifth place in the constructors championship," he continued. "I know that now Force India is ahead of us, but the potential of the car is on a very high level, the drivers are doing a good job. I hope that also hope the team will do a good job. We just need one, two really good results to finish in the first five. And we are close to that. The possibility is there."

It's not exactly a view shared by Technical Director, James Key, one of the Faenza team's genuine stars and a man very much in demand, not least at Maranello. The Briton believes the team has continually let itself down by making needless mistakes.

"There have been some frustrations," he told Autosport. "Unfortunately, it's a little bit of a thing with STR, we do all the hard work and then little things let us down or we let ourselves down.

"We are OK with performance," he continued, "but we know we are a bit compromised now with the engine, we can see we're last in the pecking order now because everyone else has developed real quick.

"There are no big issues here," he insists, "we're good as any team at the big projects. What we have to make sure is that we have everything covered in the finer detail in some circumstances. That can be what you do in an emergency in a pitstop if you have an unforeseen circumstance to a sign-off procedure for some system on the car. It's just minor things."

In an attempt to improve things, the Briton reveals that the Faenza outfit is looking to improve the allocation of its resources.

"There's a little bit of rebalancing in the team to do to try and get the allocation of resource a little bit better in some areas," he said. "We are lacking some R&D activity, which is down to resource not down to a lack of understanding, but some people are just overworked in those areas. So we need to try and find a way to reallocate resource to some R&D activity which will help us understand certain things better."

"In the second part of the season we will lose performance," adds Tost, "because all of our competitors will get some engine upgrades, and it depends how good these engine upgrades would become and, in parallel of this, how much we will develop our car. And this is still an open question.

"We will see where we are. But I think, with some new upgrades, that we still would be in a position to fight against our direct competitors in a successful way."