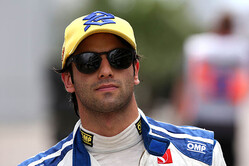 The Sauber F1 Team finished the Austrian Grand Prix in Spielberg in P13 (Felipe Nasr) and P15 (Marcus Ericsson). The Swiss team will now travel to the upcoming Grand Prix in Silverstone that takes place next weekend, where the Sauber C35-Ferrari will be equipped with a modified power unit.

Marcus Ericsson: "It was a disappointing race. I think we just did not have the pace during the whole weekend. I was hoping that the lower temperatures would have helped us today, but that was not really the case. I was struggling a lot with my front tyres. Now we have to focus on the upcoming race weekend. We have a new chance in Silverstone, so we need to bounce back there."

Felipe Nasr: "Personally I am satisfied with my race, considering I started from the back of the field. In the first part especially I was running quite a lot of laps in the top ten. I had a decent pace on the soft tyres. When the safety car came out it was too early to box for the supersoft tyres, so we decided to stay out. Overall, this result is the maximum we could have achieved today. We can build on this. I am looking forward to the upcoming race weekends."

Monisha Kaltenborn, Team Principal: "We got the maximum out of our car on this engine performance related track. Marcus and Felipe both put in a good performance. At the next race weekend in Silverstone the Sauber C35-Ferrari will be provided with an engine update. We will continue to do our best in order to make further steps."