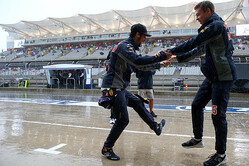 Following the issues which originally threatened the event, tickets for the race at the Circuit of the Americas will be available for purchase today (Wednesday, April 6) from 10.00 CST.

This year's race weekend sees F1 return to Austin, Texas, for the fifth successive year and, as announced last month, 10-time GRAMMY winner, singer, musician, and songwriter Taylor Swift will perform on COTA's Superstage on Saturday after the racing ends to mark this special milestone in COTA's history.

Swift's first performance since ending her 1989 World Tour, the most successful tour of last year, is sure to be a highlight to what already promises to be the most exhilarating race weekend of the season.

Following last year's wet and windy weekend, COTA is thrilled to welcome F1 back to Austin; in particular, the newly-formed Haas F1 Team - the first American-led F1 outfit since 1986.

After a strong start to its debut season and a great finish at the Bahrain Grand Prix this past weekend, the Haas team and driver Romain Grosjean have shown that their inaugural race in the U.S. will be nothing short of phenomenal and truly special for Formula 1 fans as they will witness sports history in the making. It has been thirty years since an American-owned team raced in F1 and 14 years since a team scored points in their F1 debut race, as Haas did in Australia last month.

"As an American team, having an F1 race on American soil is incredibly important," said Gene Haas, Founder and Chairman of Haas F1 Team.

Speaking ahead of tickets going on sale for his 'home' Grand Prix, Haas driver Romain Grosjean commented: "It is a special feeling to be driving for the one and only American team, that's for sure. The feeling we had when we unveiled the car in February was incredible and I was very proud to be the first one ever to drive a Haas F1 car, let alone to score points in one. I'm sure that the crowd at the US Grand Prix will be cheering for us. I really can't wait for the team's first home Grand Prix."

The Taylor Swift concert will be a festival lawn general admission event, so fans should purchase admission tickets based on the location from which they want to watch the race. After the racing ends on Saturday, fans will make their way to the music festival lawn to enjoy the concert.

Three-day passes for the 2016 US GP - which include access to the Taylor Swift concert - start at a greatly reduced price of $150 and include tickets to Friday's practice sessions, Saturday's practice and qualifying sessions, and Sunday's Grand Prix. Tickets will be available for purchase online.

Organisers say that should it rain over two inches in the 24-hour period before the 14:00 start of the race on Sunday, October 23rd, COTA will refund 105% of the value of the ticket for any fan who purchased a reserved seat on a 3-day weekend pass or a Sunday-only reserved seat by July 5, 2016, and still allow them to attend the race.

Furthermore, restrooms, concession stands, and bus loading zones will all be on solid ground, meaning shoes stay clean, even if it rains.