Wolff: The sport is under scrutiny 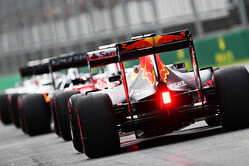 As Bernie Ecclestone lines up a potential £6bn deal that would see CVC sell its stake in the F1 cash cow to others seeking rich pickings, Mercedes boss Toto Wolff has warned that the sport should not lose sight of its spiritual owners, the fans.

Clearly unhappy that the widely-panned Melbourne qualifying format has been retained, at least for this weekend, the Austrian warns that the fans are losing patience.

"This weekend we will see the new qualifying system continue after a less-than-impressive debut in Australia," he said. "The teams were unanimous in their opinion of it on Sunday in Melbourne and it wasn't a positive opinion.

"We haven't found the right format with this change and it's hard to see how it might be more entertaining for the fans this weekend in Bahrain," he admitted. "The sport is under scrutiny on this matter, so careful thought is required in order to make coordinated, intelligent steps forward from the position we are in right now.

"The fans want close racing, in a format they can understand, between the best drivers and cars in the world - in that order. We should be capable of delivering that to the people in the grandstands and watching around the world."

It is understood that although the teams were unanimous in their desire to abandon the Melbourne format, the eleventh hour alternative put forward by the FIA last Thursday was for a hybrid format which would see Q1 and Q2 run to the same elimination format as Melbourne, whilst Q3 would revert to the 2015 format.

Red Bull and McLaren are understood to have been unhappy with the proposal and consequently opted not to vote in favour, the consequent lack on unanimity meaning that the sport is saddled with the new format... for now.